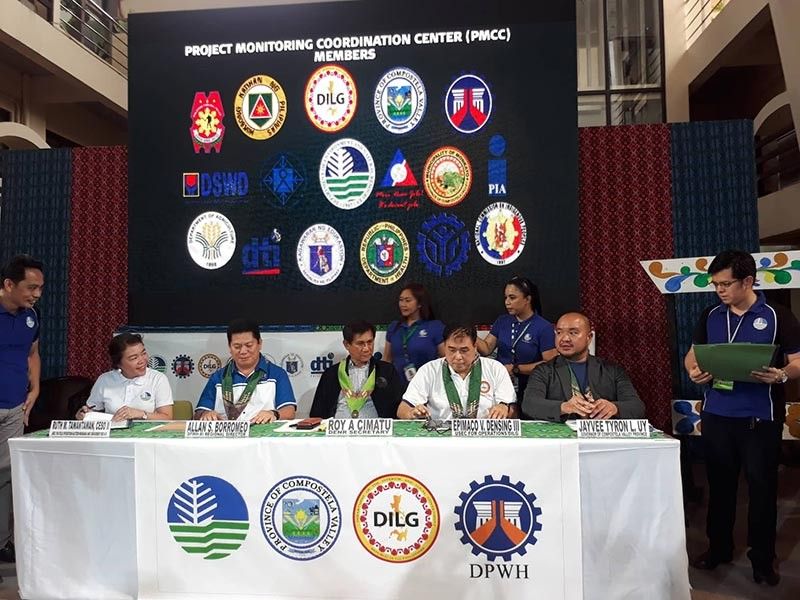 THE 24-kilometer stretch Naboc River, which has been polluted due to illegal small-scale mining operation, will undergo rehabilitation soon.

Government agencies and the Provincial Government of Compostela Valley signed Tuesday, July 16, a memorandum of agreement (MOA) for the dredging, quarrying, and rehabilitation of the river.

The MOA signing was attended by Environment Secretary Roy Cimatu, who said the rehabilitation of Naboc River is one of his priorities after President Rodrigo Duterte, in his State of the Nation Address in 2018, pushed for the cleaning up of Naboc River and the transfer of informal settlers and mining operations in the Mabatas area.

"Mt. Diwalwal has been the debris of man's insatiable greed... We will not allow this river to die and we will exhaust all means to bring it back to life as what we have successfully done in Boracay and now what we are doing in Manila Bay," Cimatu said in his message.

Cimatu said he ordered the Mines and Geosciences Bureau (MGB) and the Environmental Management Bureau (EMB) to conduct evaluation and assessment on the waters of Naboc River with 500-meter sampling interval from Barangay Diwata down to Barangay Babak in Monkayo.

Based on the result, Naboc River has exceeded the standard level of toxic waste like mercury, cyanide, and fecal coliform.

On July 11, 2018, a special order 2018-593 was released for the Creation of Provincial Task Force Naboc River within the Jurisdiction of Diwalwal Mineral Reservation Area in pursuant of Republic Act 7942 or the Philippine Mining Act of 1995 as well as other environmental rules and regulation.

The uncontrolled illegal mining, which has been going on for the last 34 years, has caused the deterioration of the river. The mining of gold did not only pollute the environment, but also caused violence in the gold-rush area because of rivalries among miners. It has also caused several lives lost due to tunnel cave-ins and landslides as a result of the unsafe mining practices.

To date, the river contamination environmental and social problems, as well as health problem, continue to persist in the area, making the rehabilitation a must solution to address this.

The MOA signing developed after the successful serving of cease order (CDOs) to gold processing plants like the cyanide-laden carbon in pulp (CIP) processing plants and Ballmills and the transfer to Mabatas area where tailings pond was built in 2003.

"Mining should not just be for-profit and financial gains of individual investors, but for the people and the country as well. We will take the challenge of improving its contribution to the economy and to also rehabilitate the areas, through concerted efforts, to protect the country's rivers from degradation and pollution. Naboc River is our pilot area and the success of its rehabilitation must be replicated in other mining areas of the country," Cimatu said.

"As the governor of Compostela Valley, I will fully commit my time my effort and my passion to cleanup this Naboc River and support the advocacy of the DENR and the President as well," Uy said.