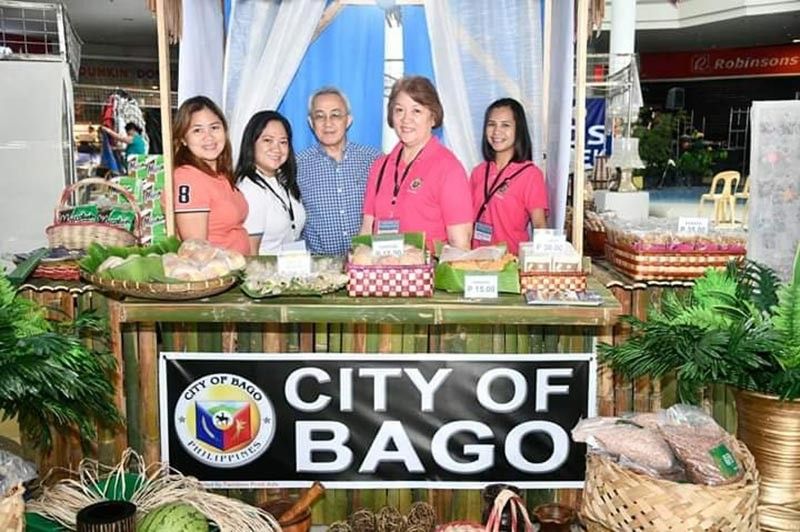 BACOLOD. Metro Bacolod Chamber of Commerce and Industry Chief Executive Officer Frank Carbon (center) with some of the participating micro and small enterprises in the province during the 11th Negros Business Week at Robinsons Place Bacolod running until Wednesday, July 17, 2019. (MBCCI photo)

A BUSINESS group in Negros Occidental is pushing for the creation of the Department of Small Business that will focus on the growth and development particularly of micro and small enterprises in the country.

Frank Carbon, chief executive officer of the Metro Bacolod Chamber of Commerce and Industry (MBCCI), said 99 percent of the registered businesses in the Philippines are small businesses employing 60 to 70 percent of the formal labor force.

Carbon said about 1.3 million registered formal and informal, or those in underground economy, are contributing billions of pesos in value of goods and services to the country’s gross domestic product (GDP).

“There is a need for an agency that focuses on integrating the development assistance of the government from the local government, or ground level, to the national level,” he said, adding that small businesses should be given special attention as they have huge potentials to generate wealth and employment.

Citing the statistics of the Department of Trade and Industry (DTI), the local business chamber said assets of small businesses have not grown for the last five years.

When assets do not grow, small businesses will also have no capacity to pay for higher wages and generate more employment, it added.

The group will include the push for the creation of a department for small businesses in a resolution to be submitted to the regional chambers during the Visayas Area Business Conference in Tacloban City next month.

Hopefully, the resolution will be approved and brought to the Philippine Business Conference in October this year, its chief executive officer said.

Carbon said for the “proposal” to eventually reach President Rodrigo Duterte, they have to get first the nod of the agencies like the DTI, Department of Budget and Management (DBM), Department of Finance (DOF), and Department of Labor and Employment (Dole), among others.

“These government agencies know best especially the need to grow small businesses and their contribution to the economy,” he said, adding that they will also ask the support of other business chambers in the country through conferences.

In the provincial level, the business chamber will start a campaign on tapping the support of DTI-Negros Occidental and Provincial Micro, Small and Medium Enterprise Development (MSMED) Council as an offshoot of the 11th Negros Business Week which will end today, July 17.

Carbon said they recognized, through the 12-day business week, that there is a lot of assistance given by public and private sector to small businesses yet has to be integrated.

“That is how you grow the industry, it needs focus,” he said, expressing hope that if the President gives importance to the overseas Filipino workers by creating a department for them “he will also recognize the need to consider small businesses.”