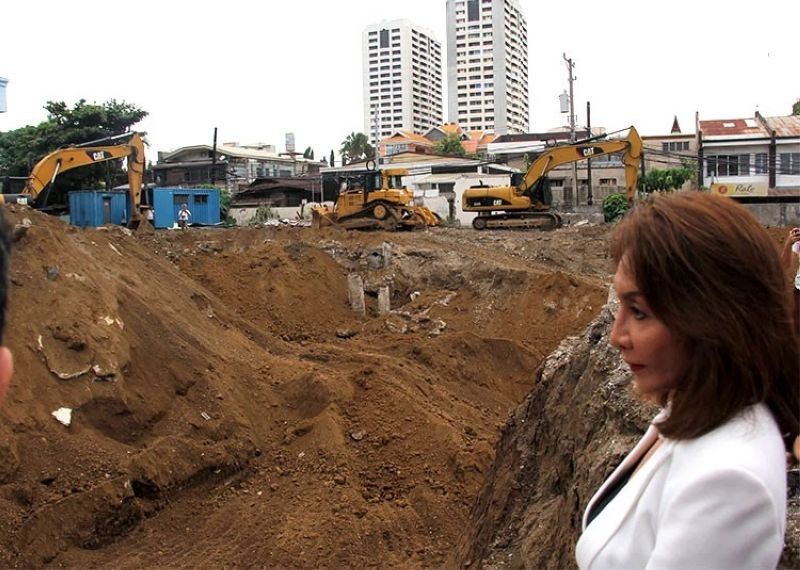 THE private contractor of the P1.3-billion Provincial Resource Center has 48 hours to start backfilling the excavated site where the project was supposed to stand.

If the firm fails to do so, it might be blacklisted by the Cebu Provincial Government “pursuant to appropriate laws, rules and regulations.” This was the content of the letter the office of Gov. Gwendolyn Garcia sent to WT Construction Inc. (WTCI) on Tuesday morning, July 16, 2019. The final warning will expire on Thursday morning, July 18. However, the letter did not state the exact hour of the ultimatum’s start.

The letter was addressed to WTCI project coordinator Danilo dela Cruz. It was signed by lawyer Frank Eduard Dinsay V by the authority of the governor.

“The Provincial Government is giving WTCI 48 hours from receipt hereof within which to start filling up the project site. Otherwise, it would be constrained to take the appropriate measures to protect its interests, including, but not limited to, the blacklisting of your company pursuant to applicable laws, rules and regulations. Please give this matter your preferential attention and prompt action,” the letter read.

The letter was received by WTCI on the same day, according to Dinsay, who serves as Garcia’s chief of staff.

Blacklisting is an administrative penalty, disqualifying a person or an entity from participating in any government procurement for a given period. A person or entity that is blacklisted by a procuring entity and/or included in the Government Procurement Policy Board Consolidated Blacklisting Report shall not be allowed to participate in the bidding of all government projects during the period of disqualification unless it is delisted.

Close to P7 million is needed to restore to level ground the excavated area where the 20-story facility was supposed to rise.

In a letter sent last July 4, the governor called out the contractor for its persistence to continue the construction activities despite her opposition. Last June 3, a few weeks before Garcia assumed the governorship, her lawyers delivered letters to former governor and now Vice Gov. Hilario Davide III and WTCI. The letters served as a “final notice” that Garcia would not honor the contract of agreement that WTCI and the Provincial Government signed last Feb. 15 when she returns as governor.

Another letter was sent by Garcia to WTCI last July 8, reiterating that Garcia is requiring the firm to backfill the excavated area. The governor has granted the firm’s request to allow entry of its personnel into the Capitol grounds for the maintenance of its equipment, provided that the latter starts backfilling the excavated site.

However, WTCI’s “incessant silence has offered no solution to the problem it created, leaving the property absolutely useless.”

Last July 15, Garcia said the project site, especially the portions along the sidewalk, might cave in because there are no sheet piles to secure its integrity.