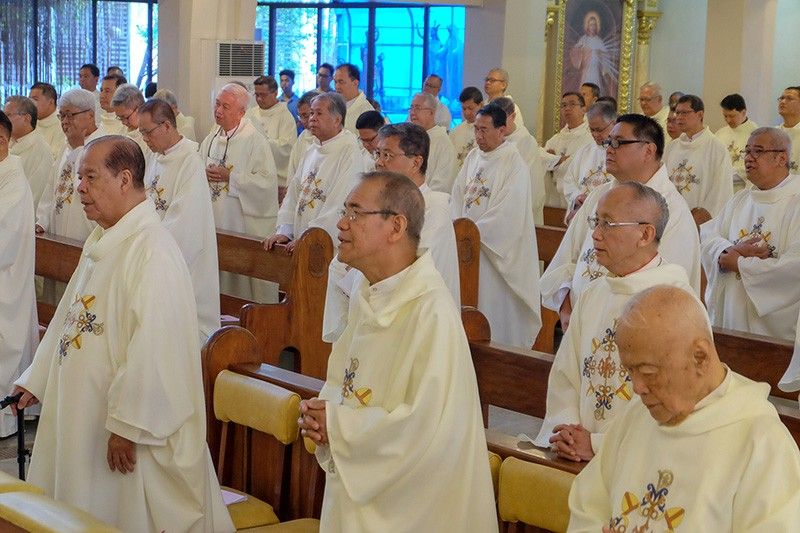 CALLING today’s situation a climate emergency, the country’s Catholic bishops are appealing to everyone to commit to environmental and ecological conversion.

In a statement posted on its website, the Catholic Bishops’ Conference of the Philippines (CBCP) urged everyone to live simply, consume less, segregate waste, and avoid single-use plastics and paper.

The CBCP statement was signed by its president and the Archbishop of Davao, Romulo Valles, on July 16, 2019. It was posted on cbcpnews.net on the same day.

The “urgent call” to action, based on the principles of Laudato Si, is needed given the high poverty rate in the Philippines, the CBCP said.

(See table for the list of the 13 concrete actions laid out by CBCP.) Poverty and environmental degradation mutually reinforce each other, the CBCP said.

Laudato Si is Pope Francis’s encyclical on the environment.

Msgr. Joseph Tan, Cebu Archdiocesan spokesperson, said that some people may find these practices hard to follow but the actions are not impossible to do.

“I don’t think it’s possible overnight, but these are small attempts that would make a giant leap for the next generation’s future. We will get there. What’s important is that we are doing something about it,” he said.

Fr. Murphy Sarsona, leader of the Archdiocesan Commission on Environmental Concern (Acec), in an interview with SunStar Cebu, said that one of the top environmental problems they will lobby against is the massive carbon emission.

“The number one cause of our situation right now is actually the massive carbon emission, both small and large-scale emission. Hopefully, our coal players would shift to renewable energy,” he said.

Centuries of emissions from coal, the CBCP said, have been “scientifically proven to be among the lead causes of the current climate degradation.”

“Coal projects also further exacerbate the vulnerability of impoverished host communities in the Philippines already struggling to cope with the effects of the worsening climate,” the CBCP said.

Fr. Sarsona said they are advocating the use of renewable energy as an alternative to coal energy.

“We have already entered into a commitment with a solar company to help parishes install solar power panels. Close to 30 parishes already in Visayas have installed solar panels. These include the Archdiocese of Maasin in Southern Leyte, and the Archdiocese of Tagbilaran. This Friday, we will also have the same installation in Cordova,” he said.

How to do this? Grow indigenous plants and trees. Expand forests through rain forestation. Resist destructive mining, dirty energy, the unbridled construction of roads and dams, as well as projects that cut into forested and protected areas.

Valles also challenged church leaders not to allow the financial resources of Catholic institutions to be invested in favor of coal- fired power plants, mining companies, and other destructive extractive projects.

Divestment from such investment portfolios must be encouraged.

Monsignor Tan said this should not be a concern for the Archdiocese of Cebu.

“Cebu hardly has investments right now. That, somehow, does not affect us here in Cebu, insofar as commitment is concerned. We rely on our local resources for our subsistence,” he said.

Valles also told church leaders to oppose any initiatives to amend the 1987 Constitution that would pose any threat to the integrity of creation, justice and peace.