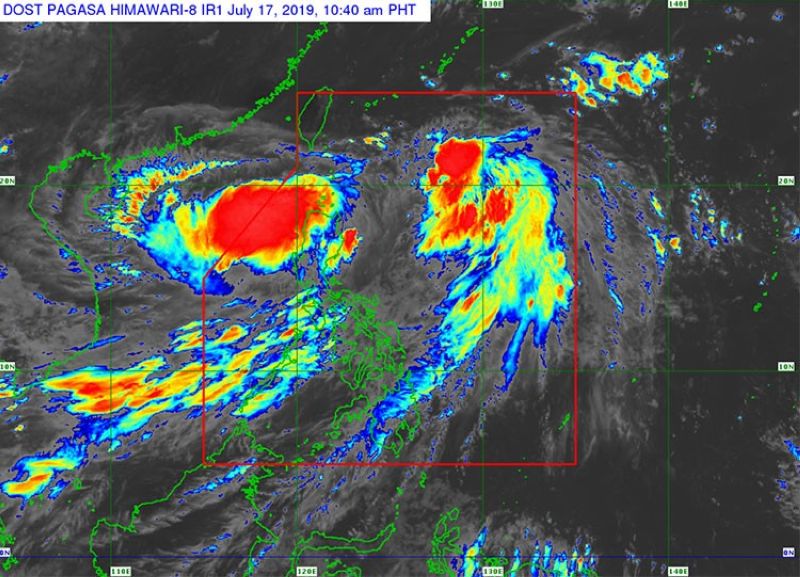 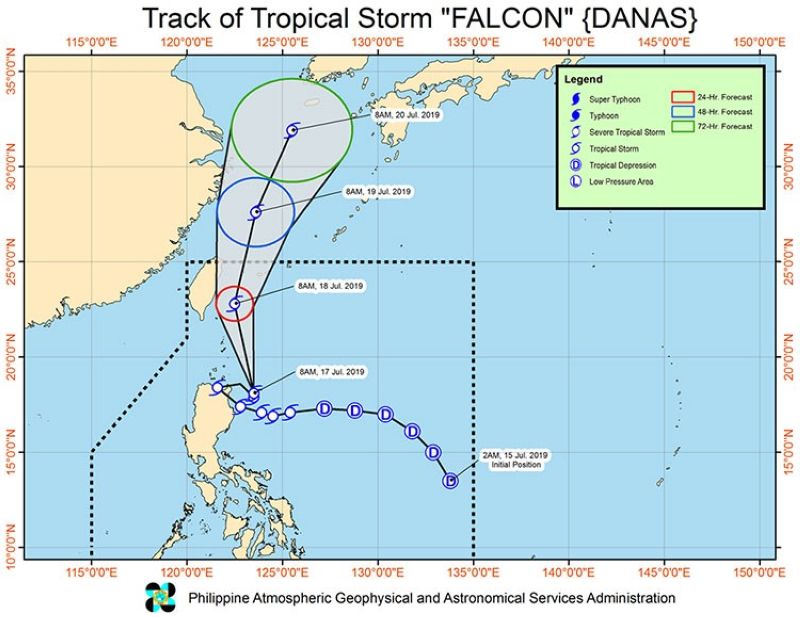 A low pressure area was spotted, though, at 125 kilometers west of Sinait, Ilocos Sur, as of 10 a.m. Wednesday.

TCWS 2, however, remained hoisted over Batanes, while Apayao, Cagayan, Ilocos Norte, and Babuyan group of Islands were placed under TCWS 1.

Pagasa said Tropical Storm Falcon has maintained its strength. As of 10 .m. Wednesday, July 17, its eye was located at 195 kilometers east of Aparri, Cagayan, with maximum sustained winds of up to 65 kilometers per hour (km/h) near the center and gusts of up to 80 km/h. It is moving north northwest at 20 km/h.

Meanwhile, light to moderate with at times heavy rains will be experienced over Metro Manila, and the rest of Luzon and of Visayas.

Pagasa warned residents in the aforementioned areas, especially those living in areas identified to be at risk of flooding and landslides, to take precautionary measures, coordinate with local disaster risk reduction and management offices, and continue monitoring for updates on the storm.

It added that Falcon may exit the Philippine area of responsibility Friday morning, July 19. (LMY/SunStar Philippines)