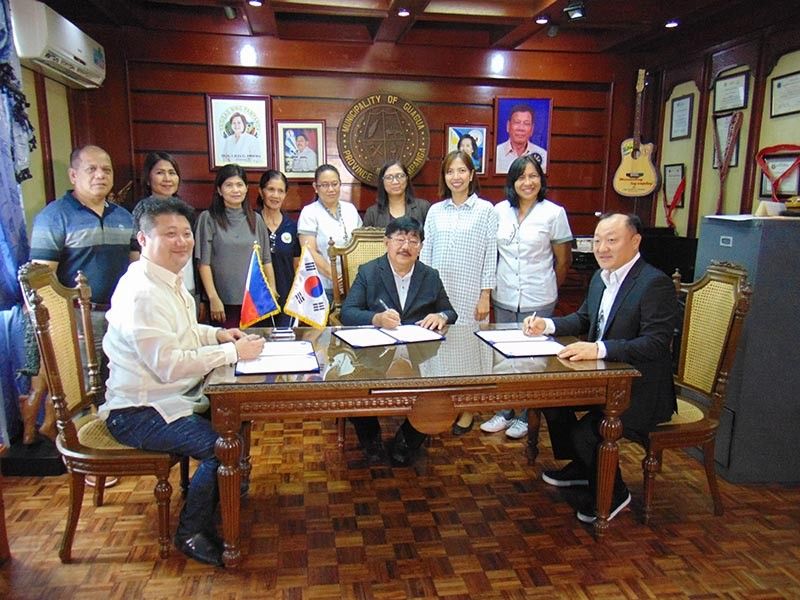 GUAGUA town Mayor Dante Torres on Wednesday, July 17, signed a memorandum of understanding (MOU) with South Korean investors for the planned establishment of a solar power plant here, the first of a series of investments pegged at P5 billion.

The 50-MW capacity solar power plant is expected to produce electricity that will be sold to local power utilities.

Torres said the MOU paves the way for more investments in the town.

For his part, Kim said that he will put all his efforts to help transform the town to a renewable energy-mart municipality, thus making it more economically-sound by creating more stable jobs for its citizens.

Recently, the local government unit (LGU) signed a MOU with Pampanga II Electric Cooperative and Lex Phil International Corporation for the establishment of a solar power generation plant in Guagua, which had made the participation of the Korean enterprise in this project more certain.

Also discussed with the Korean investors were the importation of Korean daily necessities and industrial products, exportation of local specialty products, and participation on a government leading project.

The mayor said that their Korean counterparts are also looking at hiring some 500 farmers for seasonal work in South Korea.

Torres said the Municipality of Guagua, to gain maximum benefits, will be giving its full support to build a healthier, safer, and friendlier environment in managing and operating businesses for more foreign investors and business ventures in the town.