Do all things with love 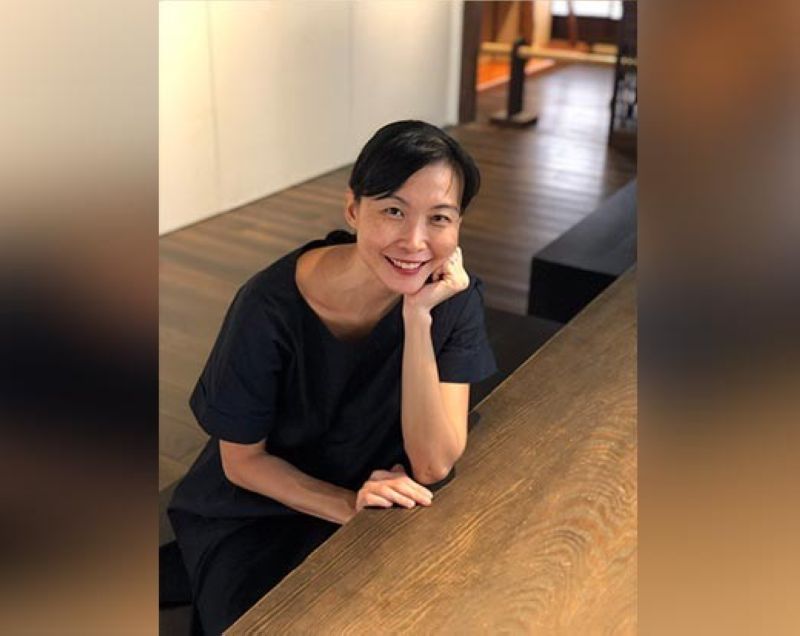 CHEFS are artists in the kitchen, but they can also become very successful entrepreneurs.

Silvia Ludo-Alcordo, owner of Oh Georg!, is among those that succeeded in combining cooking talents with business pursuits.

“You must have the heart in everything that you do,” said Alcordo, who is the 2019 Small Business Entrepreneur awardee of the Cebu Chamber of Commerce and Industry (CCCI).

Alcordo was an economics graduate at the Ateneo de Manila University. After her graduation, she packed her bags to to take up culinary studies in the US.

The idea came when her mother asked her what she wanted to do after college, to which she instantly answered she wanted to open a restaurant.

“The idea just sounded cool. It’s nice to have a restaurant but the problem that time was that I didn’t know how to cook,” Silvia recalled.

Determined to know if this was her destiny, Silvia went to the US to study at the California Culinary Academy, an affiliate of Le Cordon Bleu, for 16 months.

“When I went to culinary school, that was when I realized I love cooking and that it’s my passion,” she said.

When she went back home, Alcordo wanted to immediately open a restaurant but she couldn’t find that “perfect place” for her first venture.

While waiting for the opportunity to open one, she immersed herself in harnessing her cooking skills, with her family and friends as her critics.

“They were supportive of what I did. In fact, a close friend gave me a book on how to open a restaurant. They were all as excited as I was,” she said.

But this plan of jumpstarting her career as “chefpreneur” (chef and entrepreneur) took a slight backseat as she was offered a job in line with her college degree.

Alcordo worked for two years for investment bankers in Manila and nearly a year for Dôme Cafe, an Australian coffee shop franchise.

“I would probably have stayed with that coffee shop, if the space in Ayala Center Cebu did not present itself,” she said.

In 1998, Ayala Center Center opened its doors to entrepreneurs who wanted to bring their businesses inside the mall. In 1999, Oh Georg! was born serving comfort food to Cebuanos.

Oh Georg! was named after Alcordo’s sister Georgia, who was her roommate when they were in Manila.

“When I did food tasting and found them good, I told my sister, ‘Oh Georg! This is good.’ That’s how it came to be,” she said.

She started with two to three food items per category until it blossomed into a full-fledged restaurant. After Oh Georg! Alcordo and her sister Georgia opened Café Georg along Banilad Road, Cebu City.

This was in response to demands for a bigger location, wider menu selection and later closing time.

Besides being the CCCI’s Grand Chamber awardee, Alcordo was recognized as one of Cebu’s accomplished and influential women with style and strength whenshe was tapped by HSBC for one of its campaigns in 2003.

She was also included in the 2018 issue of Town & Country Philippines Magazine as one of Cebu’s most stylish and talked-about women.

After studying culinary in the US, I was offered a job that was in line with my course. I worked in Manila for two years for investment bankers. After that, I worked for Dôme Cafe for nearly a year.

It was my mom who kind of opened the idea for me to try new things. She asked me about my plans after college, and I told her I would stay in Manila and look for a job. I was thinking of working as a stock broker or maybe in a bank. But my mom advised me that if I’d stay in Manila, I would probably spend more than what I earn because of the high living cost.

So I told her, I will open a restaurant. But the thing was, I didn’t know how to cook. In fact, she told me it would be difficult for me to run a restaurant if I don’t cook and or if I will just hire people to cook for me. What if they leave? The business will not make it. That prompted me to think about studying culinary so I can pursue it.

This is one thing I am grateful for about my mom. She trusted us with money that even when I was in culinary school she would give me money and I never abused it. I always live within my means. When all of us graduated, she gave us small seed money for us to do or use how we wanted to use it. I used that seed money to open Oh Georg!

Before taking up culinary studies, I didn’t know cooking was my passion. It was only there when I realized that I loved what I was doing. I just needed to learn a skill.

Food business was something I didn’t plan on getting into until I realized it was my passion while studying culinary. From there, I honed my craft to become successful in this venture. There is so much to learn from cooking and like fashion, food is ever evolving, and I like working with my hands.

From just cooking comfort food for everyone, I widened my horizon to included those who are vegetarians. People have different dietary needs, and I want to be able to cater beyond the normal or usual offerings.

From time to time, I take short courses and join workshops for me to get familiar with the trends in food and diet, and for personal growth.

In fact, when I did my keto-diet recipes, I myself went into the keto diet for me to be familiar with it, because you will never be able to sell it effectively or get people to try it, if you yourself don’t know what it is about.

I also make use of our travels abroad to stretch my taste buds. But recently, I am hooked with the cooking courses that are already available online.

While the people you work with are your assets, dealing with different personalities, temperaments and attitudes is a big challenge in any business.

But I am blessed to have them. In fact, the award is really not for me but for them because I wouldn’t be where I am today without them.

I also stopped looking at competition for a time now. I know there are too many food places now in Cebu offering too many options, but I realized that all I need is to do my best. The world is big enough for everyone to flourish and for us to stay in the game, we just need to continue doing what we are good at— serving good food in a nice ambiance at a reasonable price.