Editorial: Hope it does not turn into war 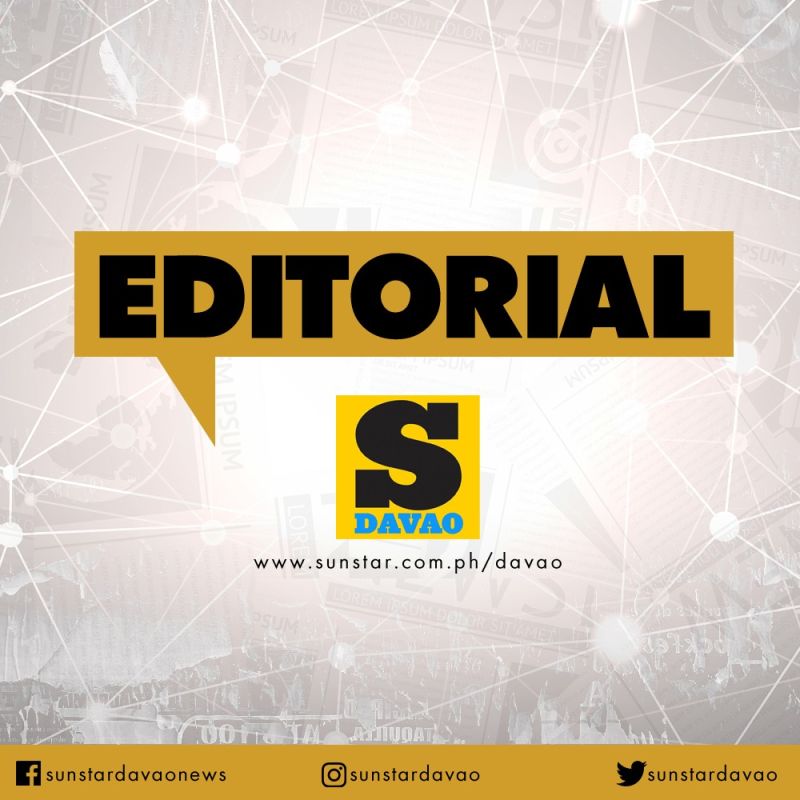 PRESIDENT Rodrigo Duterte has repeatedly said that he does not want to go to war against China on the West Philippine Sea or the South China Sea. He made it clear that we do not stand a chance against a superpower nation with military resources that outnumber us and much more advanced than what we have.

The Palace also stated earlier that the President thinks diplomatic negotiations with China is the “best” option in resolving the sea dispute.

However, the President called on the United States (US) to deploy its Seventh Fleet to the hotly-contested South China Sea, as he invoked the 1951 Mutual Defense Treaty (MDT) between Manila and Washington.

“They have been saying that there is a treaty between America and Philippines. RP (Republic of the Philippines)-US pact, military pact. An attack of one is an attack of all against all American forces. But there is that condition, and that if there is a violent attack in our country, para sa kanila rin (it’s also an attack in their country),” he said in a television interview on Wednesday, July 17.

“I’m calling now. Now, I’m calling now America. I am invoking the RP-US pact, and I would like America to gather all their Seventh Fleet in front of China. I’m asking them now and I will join them, and I will ride on the boat where the admiral of the US [is there],” he added.

The Seventh Fleet, a military formation of the US Navy based in Yokosuka, Japan, is the largest forward-deployed US fleets with roughly 70 ships and submarines, 140 aircraft, and 20,000 Navy and Marine Corps personnel.

The President said he is also ready to deploy Philippine forces in the disputed seas despite possible war.

While we are accustomed to the President’s strong language, his recent pronouncements are hair raising to say the least.

This move can potentially erupt into war as tensions in this area are already too fragile and volatile.

Philippines would be in a bad situation should China and the US start to exchange fire. When two superpowers go at it, they will go at it. All the more, this is not good for the Asia Pacific region.

History would tell that wars, big or small, will mainly cause negative effects.

While we do want the Philippines to exert its sovereign rights in the South China Sea, we cannot enter to war here, even if the US has our back.

We know the President only wants what is best for us but we hope the president will think this through. We do not want to plunge the Asia Pacific into a warring region.

There are already internal forces that are destroying the country from the inside ranging from destabilizers to terrorists to illegal drugs. We may not be able to handle external forces should the worst case scenario happen on the South China Sea.