Editorial: Get on board 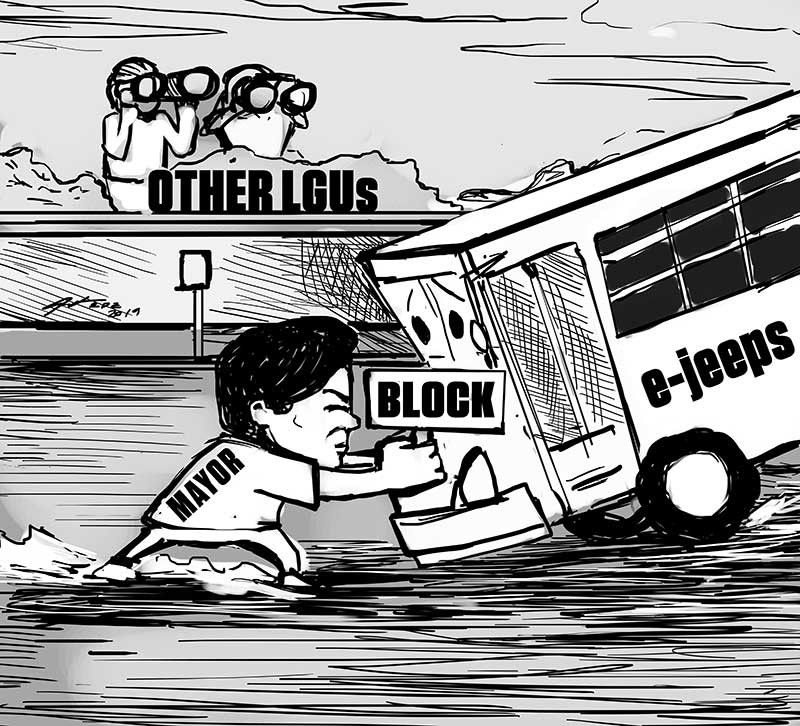 MODERNIZING public utility jeepneys (PUJs) is seen as one measure to address the lack of mass transport units and the road congestion in Metro Cebu.

Lapu-Lapu City was fortunate to have the first batch of these modern PUJs known as e-jeeps or electric, actually solar-powered, jeepneys, ahead of other local government units (LGUs) in Cebu.

But Lapu-Lapu City Mayor Junard Chan is rejecting the e-jeeps saying these would be fielded only inside the Philippine Economic Zone Authority (Peza) area in order not to displace the multicabs and tricycles. There are some 4,000 tricycles registered in the city.

Chan said he would allow e-jeeps only within Peza and not on the Mactan circumferential road.

The government launched the jeepney modernization program in June 2017, requiring the decommission of units that are 15 years or older, for replacement with bigger, safer, more comfortable and modernized units by June 2020.

One criticism of the program is it is “anti-poor.” Drivers and small-time operators fear they will be out of business because they cannot afford replacement units and big players will monopolize the market. The Land Transportation Franchising and Regulatory Board held public hearings with operators and drivers to explain the program and the concept of organizing themselves into cooperatives.

It appears Chan is not convinced of the intention of the government’s modernization initiative. He gives more weight to the livelihood concerns of multicab and tricycle drivers, probably his voters, than to the needs of the thousands of other commuters, some of them also his voters.

Mayors have to get on board at this point of the modernization and see to the program’s implementation as Cebuanos are getting fed up with road congestion, unsafe rides and the lack of mass transport options. Blocking modernization robs commuters of the chance to see an end to their daily struggle.

Modernization is not the only remedy to our transportation malady but it is one of several cures government has identified. Give it a chance to succeed.