SacaSun levels up environmental efforts through ‘3PLUS’ initiative 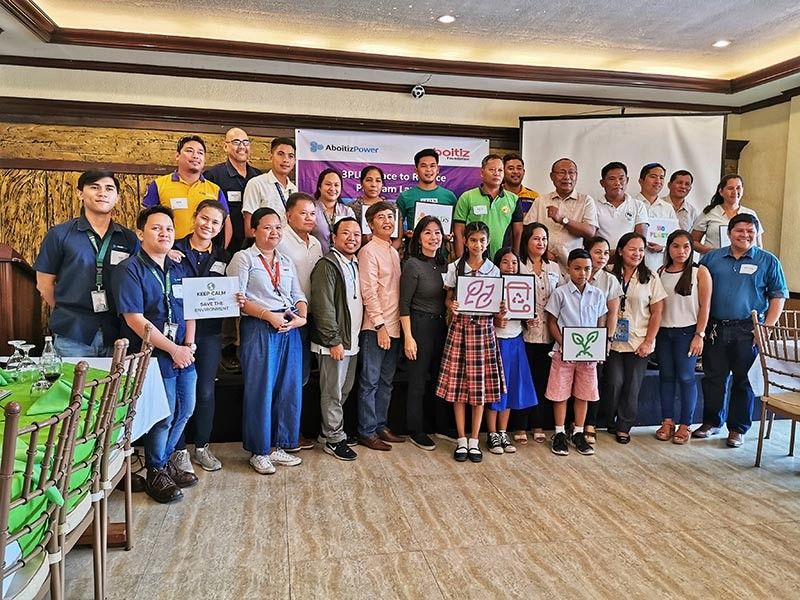 NEGROS. Representatives of the city government of San Carlos, the Department of Education, local schools, and the Aboitiz Group pose for a celebratory photo after the launch of the 3PLUS on June 25, 2019.

Dubbed the 3PLUS program and done in partnership with the Aboitiz Foundation Inc., the project involves three elementary schools in SacaSun’s host community with the goal of reducing plastic waste, reviving the Gulayan sa Paaralan program, and cultivating quality seedlings for use when the need arises.

“We hope to continue with these activities for the good of the school populace and the environment,” said Mag-amihan Elementary School Principal Marjoline Gevila during the launching ceremony last June 25.

“This is a good program and it would be wonderful if this can be extended to other schools as well,” Department of Education (DepEd) Programs Supervisor Julito Felicano said.

The letters in 3PLUS represent Plastics (PL), Utan (U) or Vegetable, and Seedlings (S) while 3 signifies the number of focus areas to be addressed.

This three-pronged program targets to hit three Sustainable Development Goals (SDG), including SDG 12 or Responsible Consumption and Production through Solid Waste Management; SDG 2 or Zero Hunger; and SDG 15 or Life on Land through the availability of seedlings that will help restore degraded forests.

3PLUS also allows students to participate through poster-making, slogan-making, and photo contests, all of which carry the central theme of the initiative.

San Carlos City is known for its support to the global call in taking care of and conserving the environment through various sustainable projects on climate change mitigation including effective solid waste management, the promotion of renewable energy sector, and massive information campaigns.

The city was previously hailed as the 4th Most Lovable City in the World in 2016 by the World Wildlife Fund for Nature during the run of its We Love Cities campaign.

It was also previously proclaimed as the 2nd Most Livable City in the World during the 2011 International Awards for Livable Communities in Songpa, South Korea.

Last year, San Carlos was among the finalists of the WWF’s One Planet City Challenge, which honors cities for their crucial role in developing infrastructure, housing, transport, and mobility solutions that influence the shift to a low-carbon and climate-resilient future.

“This small step, if practiced and sustained, will be meaningful when we talk about our future,” said Noemi G. Sebastian, AP Renewables Inc. Vice President for Corporate Services.