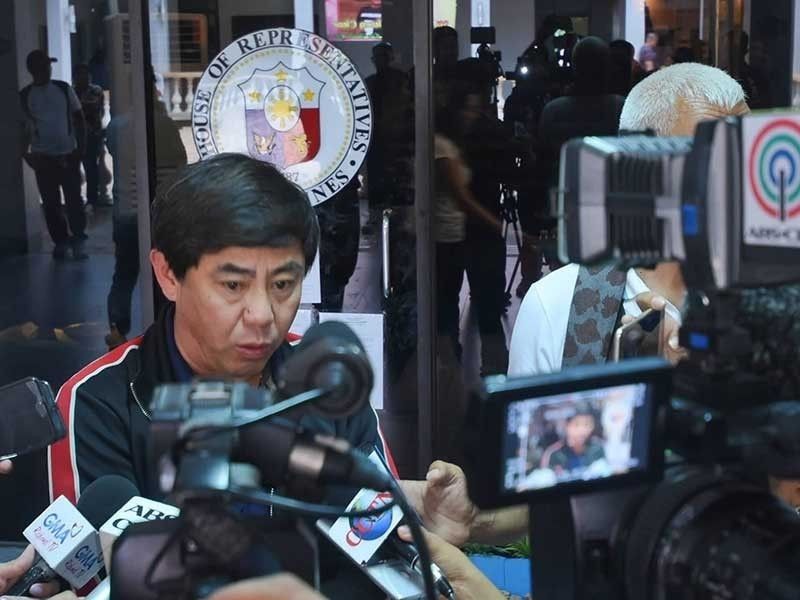 LAPU-LAPU City Mayor Junard “Ahong” Chan has rejected the deployment of 25 electric jeepneys (e-jeepneys) in the city, saying this will only compete with tricycle and multicab drivers’ livelihood and worsen the city’s traffic.

But the Land Transportation Franchising and Regulatory Board (LTFRB) 7 said Chan cannot outrightly reject the modern public utility vehicles (PUVs) as this is aligned with the Public Utility Vehicle Modernization Program (PUVMP), a flagship program of the Duterte administration.

LTFRB 7 Traffic Development Office Head Rey Elnar said Chan instead can choose the routes for the modern public utility vehicles (PUVs), in this case the e-jeepneys.

Speaking to reporters on Wednesday, July 17, 2019, Chan said he had already received several complaints from tricycle and multicab drivers that their income was affected because of these modern PUVs.

On July 11, 25 modern e-jeepneys were deployed in Mactan Island as part of the nationwide simultaneous launch of the PUVMP. The e-jeeps, according to LTFRB 7 Director Eduardo Montealto Jr., will ply the streets of Lapu-Lapu and Cordova and were issued a provisional authority by the LTFRB 7.

“I will oppose the coming 75. In fact, this 25 I’m opposing because it has affected the livelihood of the tricycle and multicab drivers,” Chan told reporters.

He added he plans to write to the LTFRB central office about his concern that the e-jeepneys do not “fit” the city’s roads since they will only add traffic to the city’s already congested streets.

He also wants to know from the LTFRB the routes given to these e-jeepneys.

Under the PUVMP, the route planning has been devolved to the local government units (LGU) on the basis that they are more versed in the terrain and passenger demand within their territorial jurisdiction, the LTFRB wrote in its website.

Further, the LGUs are required under the program to submit their own Local Public Transport Route Plan (LPTRP) as a prerequisite for the opening of PUV franchises within their jurisdiction.

Route rationalization studies will also be conducted to determine the appropriate mode, quantity and service characteristics of the public transport service in each corridor which will make the routes more responsive to passenger demand and ensure that the hierarchy of roads and modes of transportation are followed, the LTFRB further wrote as among the requirements.

Elnar said once the LTFRB will concur with it, it will be sent back to the Lapu-Lapu City Government for the passage of an ordinance to make it official.

But the LPTRP will put everything in its proper perspective.

“It is not difficult to explain existing e-jeep routes because all political sectors are now aligned with the PA (Presidential Assistant) for the Visayas spearheading and supportive of the program of the Duterte administration,” Elnar said.

With the rollout of the first 25 e-jeepneys, Elnar said the routes were issued subject to the modification of the LTFRB and the LGU.

“They can modify the routes but cannot reject the units that will run within the routes,” Elnar said.

The other LGUs that have already submitted their LPTRP are the Cities of Naga and Danao and the municipalities of Cordova and Daanbantayan.

Elnar said the original deadline for the submission of the LPTRP was last April 30, 2019 but this was extended until further notice.

“If some LGUs cannot submit the LPTRP, the Department of Transportation through LTFRB will make it for them,” Elnar said.

An additional 75 e-jeepneys are expected to arrive in the City before June 2020 or when the transport modernization will be fully operational.

Chan, however, said that if e-jeepneys really have to run in the city, then these vehicles can ply the routes inside the Philippine Economic Zone Authority’s (Peza) Mactan Economic Zone instead.

Chan said there are three export processing zones in Mactan where the e-jeepneys “can go around.”

Meanwhile, the United Drivers and Operators Transport Cooperative (Udotco), which manages the units, urged the mayor to also look into the plight of commuters and not just the tricycle drivers.

“On my part, I hope we also look into the commuter’s point of view, not just the tricycle driver’s side,” Arias said.

Arias added they are just following the transport modernization program that the National Government has implemented.