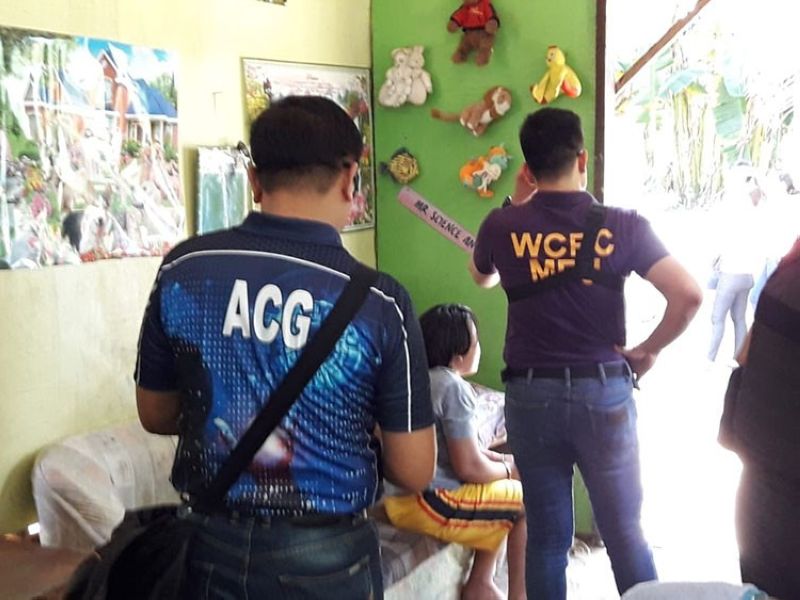 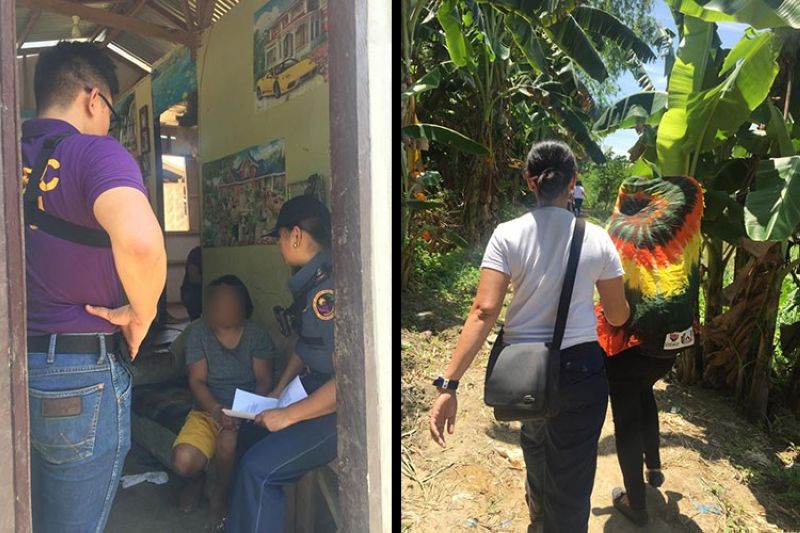 She was arrested at her residence in Carmen, Davao del Norte after she sent photos of her four-year-old son being sexually abused through an online messaging platform in exchange for money.

The boy was rescued at the house, while his 11-year-old brother was rescued less than an hour later in a separate location.

Sometime in May this year, representatives from the Department of Justice’s Inter-Agency Council Against Trafficking (DOJ-Iacat)–Davao coordinated with WCPC-MFU after learning about an online sexual exploitation of children (Osec) case that the Australian Federal Police previously referred to the PNP.

Connie’s two sons were shown in images, which are deemed to be child sexual exploitation materials and found on a mobile phone owned by a male Australian sex offender, during a home visit inspection by New South Wales Police on December 15, 2015.

The Australian sex offender was placed under arrest on February 9, 2016. Forensic analysis of his phone revealed that Connie had communicated with him.

The two boys are now in the care of the Department of Social Welfare and Development (DSWD), receiving trauma-informed interventions.

Colonel Christine Tan, chief of WCPC-MFU, led the implementation of a search warrant issued by Judge Retrina Fuentes of the Regional Trial Court Branch 10. WCPC-MFU and Racu-Davao personnel searched and examined the suspect's electronic devices in the presence of barangay officials.

The suspect’s electronic devices will undergo further examination in a forensic laboratory.

“Our successful operation today again highlights what international collaboration can do to protect our children,” said Tan. “We thank our counterparts in Australia for promptly alerting Philippine authorities when they discovered this abuse perpetrated by their own citizen. We also thank Iacat-Davao Region for their proactive efforts to protect children from exploitation. To those who still exploit our children online, you will soon pay for your crime."

Deputy Regional Prosecutor Barbara Mae Flores said, “The crime of online sexual exploitation of children is hard to detect because the technology allows the perpetrators to be anonymous. But since the investigation of this crime shifted its emphasis to international cooperation, to constantly upgrading the technical and practical skills and knowledge of our law enforcers, and conducting joint operations among the different stakeholders, perpetrators are no longer untouchable.”

Thursday's arrest of an online trafficker and the rescue of her two sons “are manifestations of how effective the foregoing efforts are in combating this reprehensible crime,” added Flores, who serves as chief of operations of the DOJ–Iacat–Regional Anti-Trafficking Task Force in Davao Region, which supported the operation.

Colonel Noel Espinoza, chief of Racu-Davao, said the successful operation was the result of a good collaboration among law enforcement agencies and other concerned organizations.

“In line with our anti-cybercrime awareness campaign, we encourage everyone in the community to support PNP’s program to prevent illegal activities like Osec, especially with social media now being used as a tool to commit crimes such as child abuse and human trafficking,” he said.

He added that Racu-Davao will continue to carry out its mandate and institute initiatives and best practices to improve their services to the community.

Osec is a crime that violates the Anti-Trafficking in Persons Act or Republic Act (RA) 9208 (as amended by RA 10364), which comes with a maximum penalty of life imprisonment and a fine of P2 million to P5 million.

All new Osec referrals are directed to the Philippine Internet Crimes Against Children Centre (Picacc), which opened in February 2019. The Picacc is a collective effort to combat child exploitation across the Philippines by law enforcement -- the PNP, the National Bureau of Investigation, the Australian Federal Police, and the United Kingdom National Crime Agency; in partnership with non-government organization, International Justice Mission. This collaborative international effort protects children through an enhanced global response to combating Osec. (PR)