Land prices up in Mactan, Mandaue amid infra boom 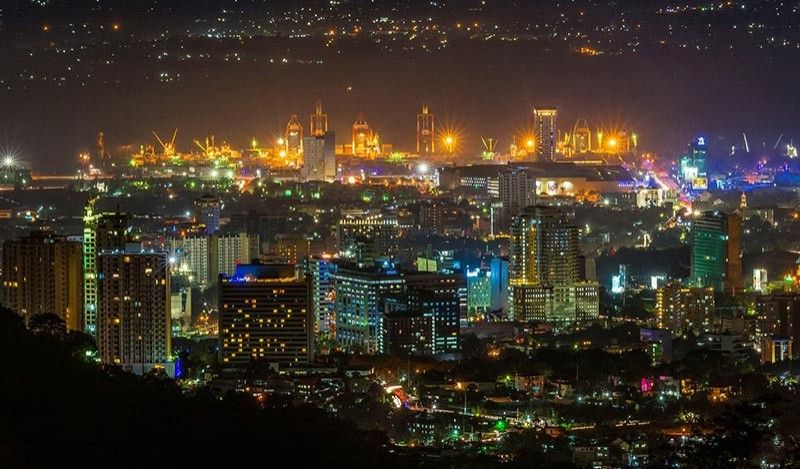 REAL ESTATE BOOM: Cebu province will continue to experience a robust growth in condominium development bouyed by the big-ticket infrastructure projects connecting the cities of Cebu, Mandaue and Lapu-Lapu. (Photo by Michael Edwards)

PROPERTY research firm Colliers International Philippines (Colliers) foresees a spike in the land value in areas near the Mactan-Cebu International Airport (MCIA) and the third bridge that connects Cordova and Cebu City.

Joey Bondoc, senior research manager at Colliers, said land prices in these areas are expected to increase on the back of the infrastructure boom and the entry of Philippine offshore gaming operators (Pogo) in Mactan Island.

GMR-Megawide Cebu Airport Corp., the private operator of MCIA, is currently upgrading the domestic terminal of the airport while the construction of the P2.5-billion second runway is set to begin in January 2020. The Cebu-Cordova Link Expressway (CCLEX), the third bridge connecting Cordova and the South Road Properties of Cebu City, is targeted to be completed in 2021.

Bondoc said developers should start looking at these locations because they can expect a 50 to 100 percent increase of land prices once they sell it (properties) to the public.

“That’s a big growth. In fact, not just when completed because upon drilling, prices escalate because that’s speculative market,” Bondoc said.

In their research, the asking rate of the lots per square meters in 2018 was at P25,000 to P35,000 in Mactan and Mandaue. Bondoc said this is 30 to 40 percent higher compared to 2017 asking rate, prior to the completion of the MCIA expansion.

“Now that it is completed, we will see more aggressive expansion (of projects) especially in Mandaue area. Condominium supply in that area will double by 2021,” he said.

“The outlook is good because in first quarter of 2019, we are already beyond the 50 percent take-up,” said Bondoc.

“The record high supply and demand in Cebu was recorded in 2016. Considering that we are still in the first quarter and figures are already encouraging, so we might breach that by 2019. We might see new record high demand and supply for condos in Cebu,” he said.

One of the drivers of condominium demand is Pogos.

Bondoc said this new market may occupy newly-launched office spaces in the province especially in Mactan and Mandaue.

“There will be a huge increase in condominums in Mandaue because they’re complementing the expansion of new office spaces there,” he said. (JOB)