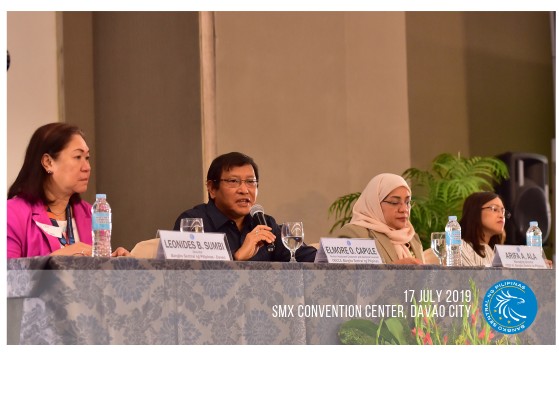 DAVAO. The Bangko Sentral ng Pilipinas officials said sanctions for administrative and criminal violations of banks in the Philippines have increased this year to ensure the protection of depositors. (Photo from BSP Facebook page)

THE Bangko Sentral ng Pilipinas (BSP) said sanctions for administrative and criminal violations of banks in the Philippines have increased this year to ensure the protection of depositors.

“In order to ensure that we can really protect the public, we increased the penalties for criminal violations and administrative fines because it is better to have a deterrent [and] this will be very painful penalties so it will not be that easy to violate,” BSP senior assistant governor and general counsel Elmore Capule said on Wednesday, July 17, 2019.

Under the revised charter of the BSP, which has been in effect last March, higher fines and a new set of penalties are included to make it harder for banks to commit administrative or criminal violations.

Capule said one of the penalties raised is the P200,000 penalty for refusal to make reports or permit examination under section 34. It was raised to P2 million.

While the administrative sanctions on supervised entities under section 37 is now P1 million for each transactional violation or P100,000 per calendar day for continuous violations.

“If they earn out of a violation, we can actually fine them three times of what the profit gained,” he said, adding that this type of violation is called disgorgement where loss avoided may also be imposed.

Meanwhile, Capule said they only publish proven criminal violations of supervised entities. Administrative fines are held from the public as it may cause panic to depositors.

“No matter how big the money is, if depositors panic, they will withdraw their money and will result in bankruptcy,” he added.

In 2017, around 20 were closed due to criminal violations, and 12 last year. However, BSP officials said the number is decreasing every year and with the new charter of BSP, they are hoping another decline of bank violations.