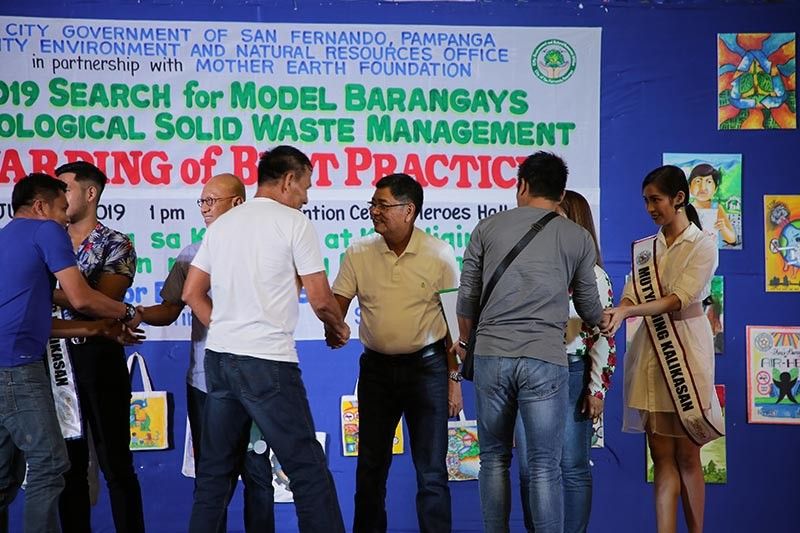 THE City Government of San Fernando recognized some barangays for their best practices on Ecological Solid Waste Management (ESWM) and efforts towards a sustainable and green city.

The recognitions were feted during the Search for Model Barangays on ESWM Awarding of Best Practices on July 16 at the Mini Convention Center, Heroes Hall.

The awarding was made possible through the initiatives of the City Environment and Natural Resources Office (Cenro) and in partnership with Mother Earth Foundation.

During his speech, Santiago reiterated that the capital city is pushing for a zero-waste community, wherein environment preservation and protection is one of the local government’s priorities.

The city mayor added that the local government has several programs in addressing environmental issues wherein public participation and support is needed to achieve a green, livable and sustainable San Fernando.

The Most Sustainable Solid Waste Management Program award was given to Barangay San Isidro and the Most Improved Barangay award went to Pandaras.

Other winners in various categories were:

Meanwhile, the winners for the Search for Cleanest and Greenest Village/Subdivision under the City Agriculture and Veterinary Office (CAVO) program were also awarded.