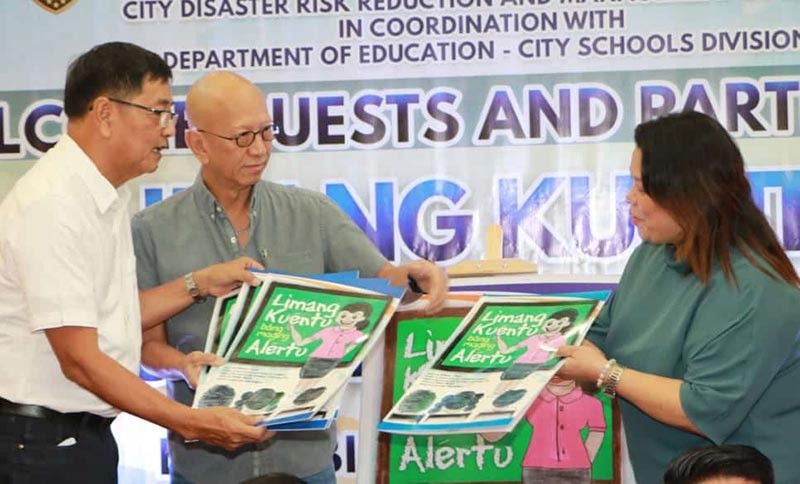 IN CELEBRATION of this year’s National Disaster Resilience Month in the City of San Fernando, the City Disaster Risk Reduction and Management Council (CDRRMC)-Information Management Committee (IMC) launched a book which aims to intensify disaster awareness among children.

It is written in Kapampangan language and also has an English translation.

The book was authored by Jefferson David, illustrated by Cristian Mercado, translated by Dr. Fernandina Otchengco and edited by Ching Pangilinan and Michael Pangilinan.

During the launching, David led a storytelling activity which was participated in by hundreds of elementary students from public and private schools in the city.

The IMC is also set to conduct simultaneous storytelling events in different schools.

Meanwhile, copies of the big book were turned-over to the Department of Education represented by Officer-in-Charge, Assistant Schools Division Superintendent Dr. Shirley Zipagan.

Mayor Edwin Santiago, in his speech, said the CDRRMC continues to stimulate public awareness about disaster mitigation through information campaigns and educational efforts.

He also said that children are among the vulnerable sectors during disasters. Hence, in their early age, they must know the necessary actions before, during and after a catastrophic event to protect themselves from any harm.