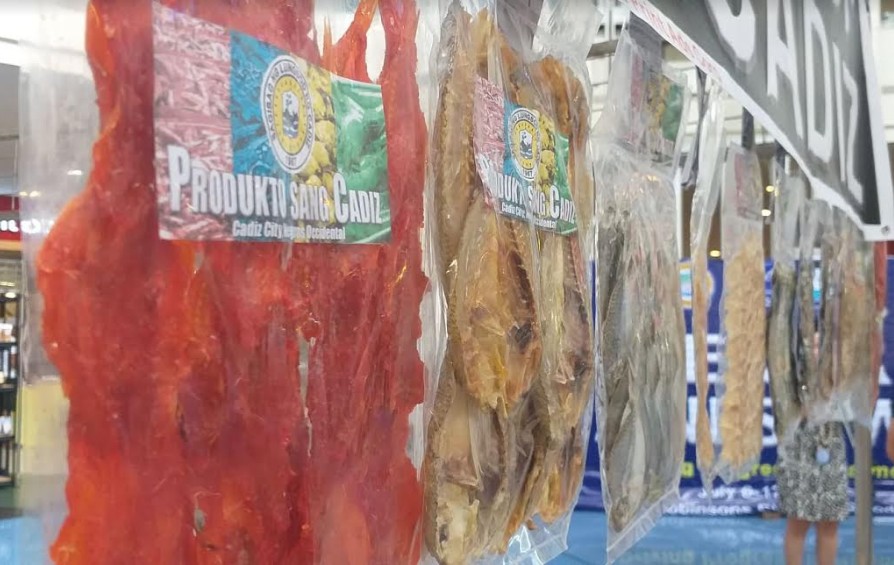 BACOLOD. Some of the dried fish products of food processors from Cadiz City during the recently-concluded 11th Negros Business Week held at Robinsons Place Bacolod on Wednesday. (Photo by Erwin P. Nicavera)

GIVEN the right technology and financing, food producers in Negros Occidental especially those in the rural communities are capable of bringing their products to urban areas.

Carbon said they have proven this through the recently-concluded 11th Negros Business Week held at Robinsons Place Bacolod from July 6 to 17.

“The food exposition is actually an experiment. We were able to prove that there are products that are now ready for the provincial market,” he said, adding that “though, we saw a need for more improvements to make them ready for regional and national markets.”

These improvements include packaging, quality and taste of the products, as well as sophisticated and better processing equipment, the business leader said.

The business week initiated by the MBCCI in partnership with the provincial government was positioned to trigger growth and development towards the rural areas especially agriculture and fishery communities in the province.

Through the annual event, the business chamber also recognized that there have been assistance from municipal and city to national government agencies given to local entrepreneurs including food processors.

Carbon, however, said these services are not yet integrated so the desired impact is not achieved.

“We, at MBCCI, will try in the provincial level to push for the integration of these assistance to avoid duplication,” he said, reiterating the need to create a department focusing on the development of small businesses.

The MBCCI reported an average of P150,000 in sales per day, or about P1.8 million for the entire event.

“This amount of sales cannot be generated by our food processors if they just stay in their localities thus, we have to bring them in the urban area,” Carbon also said.

The business group has advised participating small businesses to continue developing their products. “It should be an unending development.”

They are also urged to register their businesses in their respective local government so they can avail of various programs and projects like technology and assistance.

“So they will not be left on their own,” Carbon said.

As it eyes to cover more enterprises for the business week next year, MBCCI will work on “segregating” local food processors in terms of market that they could serve.

If their products are already acceptable in the provincial level, these might also have potentials for regional and national markets so that’s something to be given focus, it said.