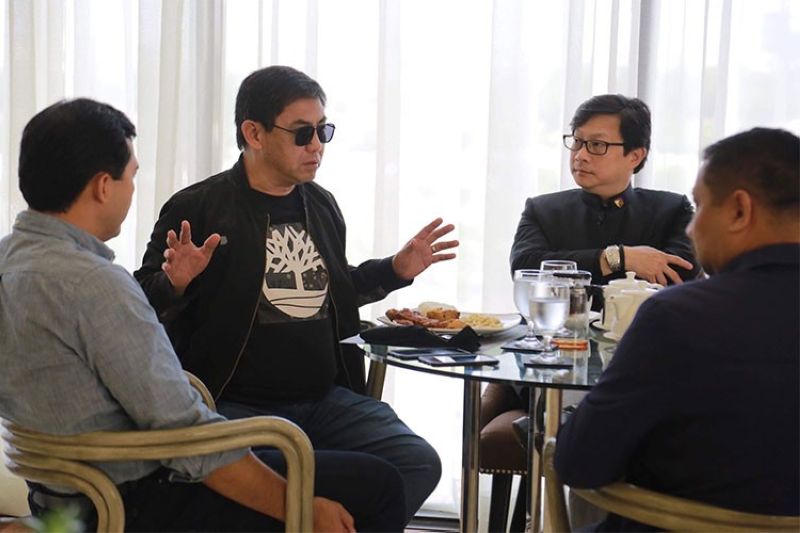 AFTER his meeting with Office of the Presidential Assistant for the Visayas (Opav) Secretary Michael Dino on Thursday, July 18, 2019, Lapu-Lapu City Mayor Junard Chan said he is supporting the public utility vehicle (PUV) modernization program.

“We are not against e-jeep. We are in favor of e-jeep as we support the President’s transport modernization law,” he said in a press statement.

Chan said he is receptive to the concerns of commuters and he is making sure the e-jeeps complement the 4,000 tricycles and multicabs running in Lapu-Lapu City.

The day before the meeting with Dino, Chan told reporters in an interview that he was “opposing” the entry of electric jeepneys (e-jeeps) in Lapu-Lapu City in favor of tricycles and multicabs.

The e-jeeps are a component of the PUV modernization program.

Chan took a backlash for his pronouncement opposing the e-jeep presence in Lapu-Lapu City.

Netizens as well as opinion-makers criticized him for being “backward.” Secretary Dino of the Office of the Presidential Assistant (Opav) called him for a meeting on Thursday to clarify his position.

After his meeting with Dino, Chan issued a statement through his information office that he was not against the PUV modernization program but he only wanted sustained income for the tricycle and multicab drivers in Lapu-Lapu City.

He “clarified” his position, saying he was not against the modernization program but favors it, and that the news quoting him was “wrong.”

He also said that he only wanted to review and revise the Local Public Transport Route Plan (LPTRP) that includes the e-jeep routes.

But in an interview with reporters on Wednesday, July 17, Chan was recorded as saying, “I will oppose sa additional 75. In fact these 25 I am opposing because it’s affected the livelihood of the multicab drivers and the tricycle drivers.”

One hundred e-jeeps are going to be running in Mactan Island, which is composed of Lapu-Lapu City and Cordova town.

There are 25 e-jeeps already running in Mactan covering four routes.

The other 75 are expected to be operational before June 2020. (GCM of SuperBalita Cebu, MPS)