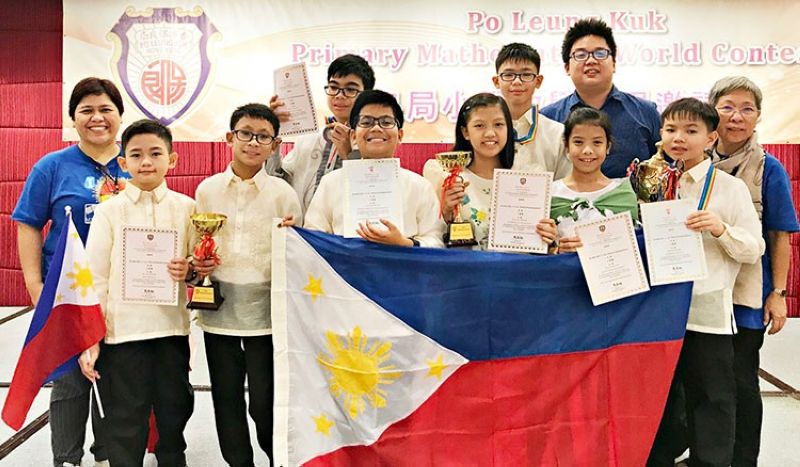 FILIPINO elementary students bagged 11 medals and a trophy in an international math competition in Hong Kong.

The Philippine team, composed of eight Grade 5 students, won two silver and four bronze medals in the individual contest, and four silver medals and a trophy in the team contest at the 22nd Po Leung Kuk Primary Mathematics World Contest (PMWC) held from July 15 to 19 in Hong Kong, according to the Mathematics Trainers Guild-Philippines (MTG).

In the team contest, Philippine Team A, composed of Ian Gabriel Hong of Pace Academy, Tongson, Te and Briones, grabbed first runner-up and were awarded silver medals and a trophy.

“We congratulate our Filipino contestants for winning awards in the contest. We are very proud of their feat,” said Dr. Isidro Aguilar, MTG president.

The Philippine delegation will arrive in Manila Friday, July 19. (PR)