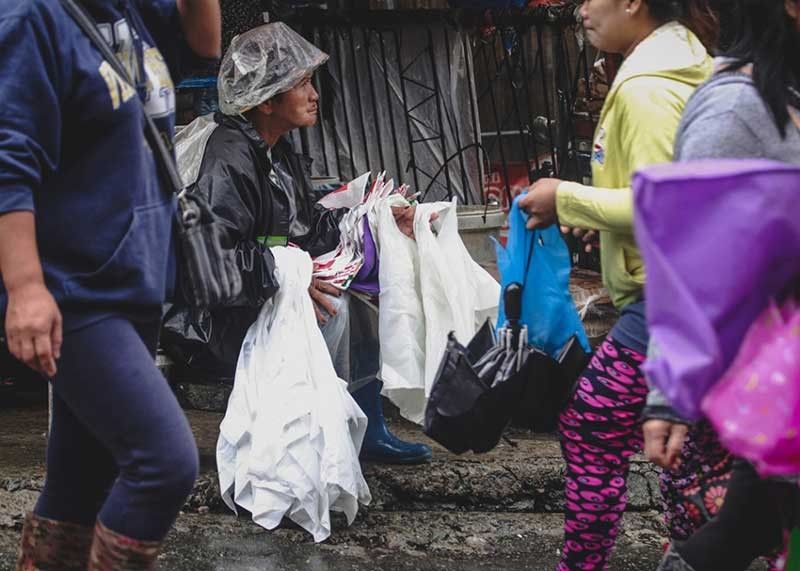 BAGUIO. Plastic bags are still being use as packaging in Baguio City's wet market. (File Photo)

ANOTHER bill seeking to ban single-use plastic products has been filed in the Senate.

Senator Cynthia Villar, who expects to remain as chairperson of the committee on environment and natural resources in the 18th Congress, filed Senate Bill No. 333 or the Single-Use Plastic Product Regulation Act of 2019.

The bill seeks to regulate the manufacturing, importation, and use of single-use plastic products.

On June 4, Senator Francis "Kiko" Pangilinan also filed a similar bill, Senate Bill No. 40 or the Single-Use Plastics Regulation and Management Act of 2019.

In her bill, Villar proposed that the issuance of the single-use plastics by food establishments, stores, markets, and retailers will be prohibited.

Consumers will be encouraged to use reusable materials and manufacturers will be mandated to collect, recycle and dispose of single-use plastics manufactured and/or in circulation in the general market.

Importation of single-use plastics will no longer be allowed.

Among others, the fund will be used for the establishment of recycling centers, and assistance and incentives for manufacturers and community-based initiatives for the reduction of single-use plastics, as well as for non-government and civil society organizations promoting proper solid waste management.

Villar said enactment of the bill is urgent in the face of a study showing the Philippines as the world's third largest producer of plastic wastes that end up in the oceans.

"With our dependence in agriculture, plastic pollution also poses a grave threat in our food security. Disaster risks and hazards arising from plastic pollution may put farms at risk of flooding resulting in wastage of agricultural products along with its threats to a balanced ecology. Micro plastics leaked in our bodies of water may also put public health at risk as it gets into our food chain," Villar said.

She cited a 2015 report on plastic pollution conducted by the international group Ocean Conservancy and McKinsey Center for Business and Environment which ranked the Philippines as the third biggest source of plastic leaking into the oceans, following China and Indonesia.

She also noted that the United Nations Food and Agriculture Organization has warned that if plastic pollution continues, by 2050, there will be more plastic than fish in the ocean.

"The fish will eat all the plastic and they will all die and our ocean will become verbal desert," she added.