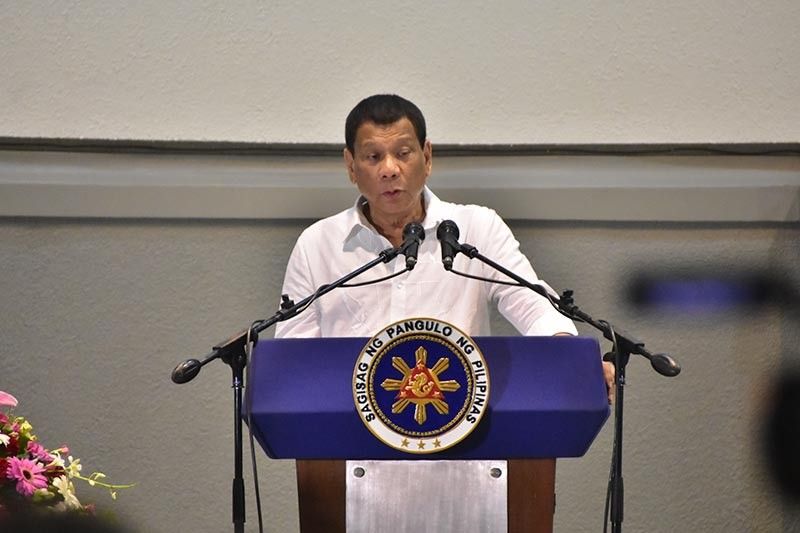 WHILE President Rodrigo Duterte will be delivering his fourth State of the Nation Address (Sona) on Monday, July 22, Dabawenyos had already set expectations on what the President’s speech will contain.

Duterte is now halfway into his six-year term since he assumed presidency in 2016.

Malacañang said Duterte’s speech will be “short” unlike in the previous Sona.

First Family, a “no-show” in Sona?

Various media outlets reported that Davao City Mayor Sara Duterte-Carpio will not be able to attend her father’s Sona due to a gynecological condition, wherein she is currently on a 60-day leave from work.

Vice Mayor Sebastian “Baste” Duterte said he will be a no-show this year because he would still have to preside the 19th Davao City Council regular session the following day.

“Murag kapoy napud mubyahe sayo sa buntag, diria nalang ko. Tan-aw ko’s TV (It would be tiring for me to fly in back to Davao early morning the next day. I will just stay here and watch on TV),” Baste said on Wednesday during the 19th City Council Media Press Briefing at the Sangguniang Panlungsod.

Third district representative Paolo Duterte, meanwhile, has not yet confirmed his attendance, but he is expected to attend as it will be his official first day as an elected official of the lower House.

The vice mayor said his father will be tackling his campaign against illegal drugs, and poverty alleviation, which was one of his prorities during the presidential campaign.

Mindanao Development Authority (Minda) officer-in-charge Nathaniel Dalumpines, in an official statement, said he hopes the President would include in his speech his plans for Mindanao.

“As the President is set to deliver his 4th State of the Nation Address on Monday, we expect Mindanao, where so much still needs to be done, to get as much focus under this administration,” Dalumpines said in a forwarded statement.

He also said he hopes to get directives from the President “that will effect a long-term and inclusive development for Mindanao”, including the ongoing plans to revive the barter trading between island and its Brunei-Indonesia-Malaysia-Philippines-East Asean Growth Area (Bimp-Eaga) counterparts.

Dumama said the UHC Law is one of the greatest accomplishments under his term wherein all Filipinos are automatic members of PhilHealth, and will be given all necessary health care and services.

He also said Duterte’s recent pronouncement of possible cutting of diplomatic ties with the United Nations Human Rights Council (UNHRC) and its members for adopting a resolution by Iceland which seeks to probe into the human rights situation in the country might hamper its foreign relations.

“Itong ganitong actions would isolate us, and baka on the long run, kung lahat nalang ng nagki-criticize sa ating administration ay bumibitaw tayo, baka ma-isoalte tayo tulad ng Cuba and North Korean (These kind of actions, wherein we would withdraw our ties everytime our country would be criticized for our administration’s action, would lead to no good. We would be isolated like countries Cuba and North Korea),” Beleno said.

Kilusang Mayo Uno-Southern Mindanao Region secretary-general Carlo Olalo said the lives of the Filipino, particularly those in the farflung areas have not benefited to the country’s economic growth.

“Di namo mabati sa hisgutanang ekonomiya ang paglambo, mahitungod daghan gihapong Pilipino ang wala’y trabaho (We could feel the improvement of our economy because there are still those who are unemployed),” Olalo said, adding the President failed to address the end of contractualization.

He also said they will continue to lobby the P750 Minimum Wage to attain hunger eradication in the country. At present, the minimum wage in the Davao region is P396 per day for industrial rate and P391 per day for agricultural rate.

Salugpongan Ta’tanu Igkanugon Community (Salugpungan) executive director Meggie Nolasco said harrassment towards the Lumads prevailed since he said in his 2017 State of the Nation Address (Sona) to bomb the lumad schools, including Salugpungan, in Mindanao, which are being used by the New People’s Army (NPA).