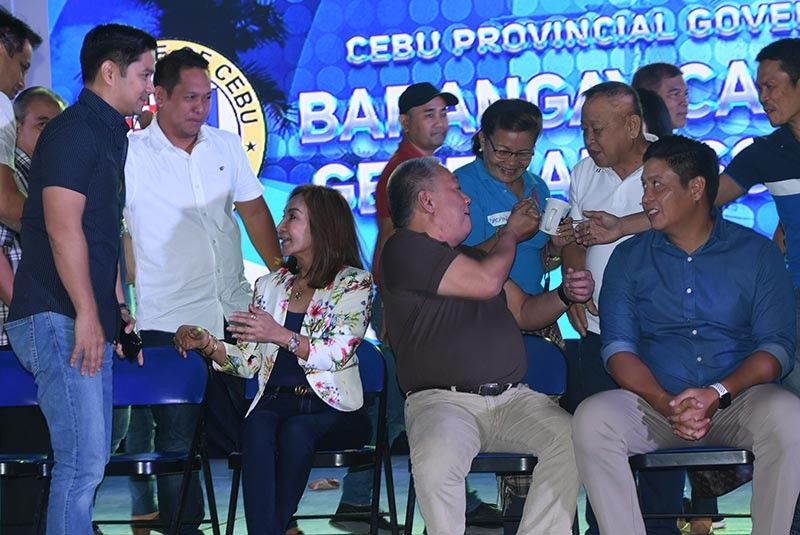 CLOSE to 2,000 barangay chairpersons in Cebu Province will soon be insured.

The development was confirmed by Gov. Gwen Garcia during the first general assembly of the Liga ng mga Barangay Cebu chapter on Friday, July 19, 2019, at the International Convention Center Cebu.

“Nagtan-aw ko sa atong (I was checking the Provincial Government’s) available na budget for 2019, I think maka-cover ang magahin sa maong (I think it can cover what we need to allocate for the) insurance coverage. Mas dali natong ma-insured, mas dali sad ang inyong kasiguradohan (The sooner we can have you insured, the faster we can give you assurance),” Garcia said.

There are 1,093 barangay captains in the province, including those serving in the highly urbanized city of Mandaue.

According to the governor, the Government Service Insurance System (GSIS) has presented a proposal which the Province may avail itself of for barangay officials, secretaries, treasurers, tanods (watchmen), health workers, daycare workers and animal health workers under its group personal accident insurance program.

Under the proposal, village chiefs will benefit from a total insurance coverage of P120,000.

Barangay councilors, on the other hand, will be entitled to a P76,000 insurance coverage, consisting of a principal sum of P60,000, medical reimbursement of P6,000 and burial assistance of P10,000.

For barangays workers, each will receive a total insurance coverage of P65,000. Of the amount, P50,000 is for the principal sum, P5,000 for medical reimbursement and P10,000 for burial assistance.

“We will be requesting our Provincial Board (PB) to pass this resolution alang sa atong tanang mga (for all our) barangay officials and workers as soon as possible,” Garcia said.

Last April 15, the PB approved a resolution filed by PB Member Jose Mari Salvador giving then governor and now Vice Gov. Hilario Davide III the authority to enter into and sign a contract with Fortune Life Insurance Company Inc. (Flici) for the provision of life and accident insurance to 27,300 community volunteer workers.

Under the Flici coverage, barangay frontliners would receive P25,000 in case of death and P2,500 in case of accident.

Garcia’s camp, though, found the measure irregular, adding that the GSIS can “very well” cover the insurance.

Aside from the insurance grant, some 962 barangay chairpersons who were present during the assembly will each receive a “bonus” of P100,000 worth of financial assistance from the Provincial Government.

“Submit a resolution for whatever project you have in the barangay.... That excludes the resolutions you intend to pass based on our priority projects. That is on top, a bonus for your efforts to come here,” the governor said.

The Capitol, under Garcia’s administration, will be working on the installation of Level III water systems, concreting and/or opening of barangay roads, electrification in sitios, multi-purpose pavements and the rehabilitation of barangay halls, health centers, community stages and covered courts.

The Province will also extend annual financial assistance of P50,000 for socio-cultural and sports activities since the governor wants to revive cultural and heritage activities in the barangays.

Liga president and PB Ex-officio Member Celestino “Tining” Martinez III, for his part, assured the governor that the barangay chairpersons will coordinate and help the latter’s administration reach its goals.