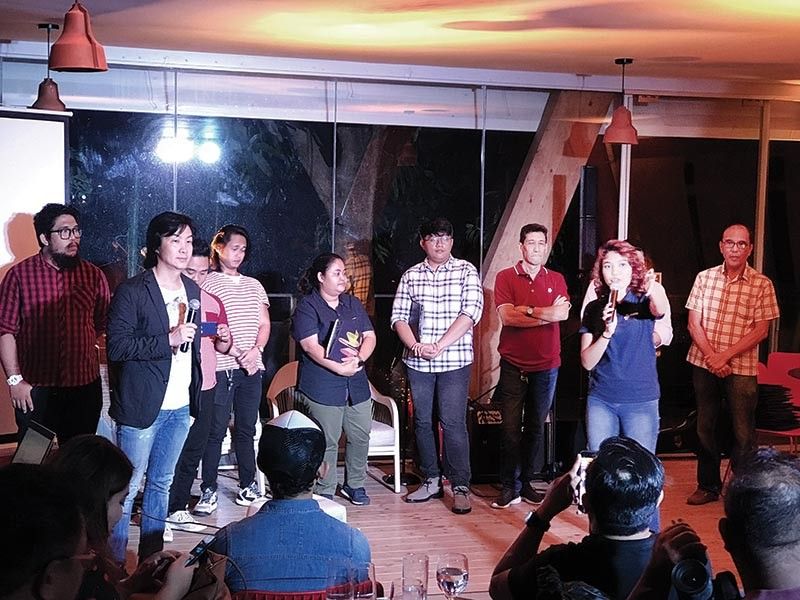 FINALISTS. Songwriters and artists performing at the Visayan Music Awards this July 27 were presented to the media during a Listening Party at Asmara Urban Resort & Lifestyle Village, July 19.

THE Visayan Music Awards (VizMA) has released its Top 10 finalists for its songwriting competition. Organized by the Sacred Heart School for Boys Batch 1985 Foundation Inc., and endorsed by the Office of the Presidential Assistant for the Visayas, VizMA aims to recognize men and women who have played an important role in the promotion of the Visayan language, culture and music.

The finalists are set to perform a live rendition of their song with the Cebu Philharmonic Orchestra at the inaugural Visayan Music Awards Finals Night on July 27, 7 p.m. at the Oakridge Pavilion, Mandaue City. Artists Karencitta and Max Surban are also set to grace the event with host Giselle Sanchez.

“We originally planned to select seven winners but eventually decided to increase the pool to 10 to recognize all the excellent composers who placed so much effort into the competition and best represent Visayan culture and music,” said VizMA project chairperson Barney Borja.

“We had the best music arrangers and musicians in the country review each of the songs over several weeks. We also flew artists across the country to arrange and produce their songs. This year’s song finalists genuinely show the beauty, breadth and variety of Visayan music. We are all very happy with the outcome,” he added.

Over 500 songs were submitted in VizMA’s pioneering year including entries from a Catholic priest, a court stenographer and a practicing lawyer. The grand prize winner will receive P100,000; P75,000 and P50,000 for the second and third placers, respectively; and P10,000 each for the 4th to 10th placers. The finalists will also receive a scholarship worth P150,000 from Thames International’s Innovation and Creative Enterprise Program (ICE). / PR S