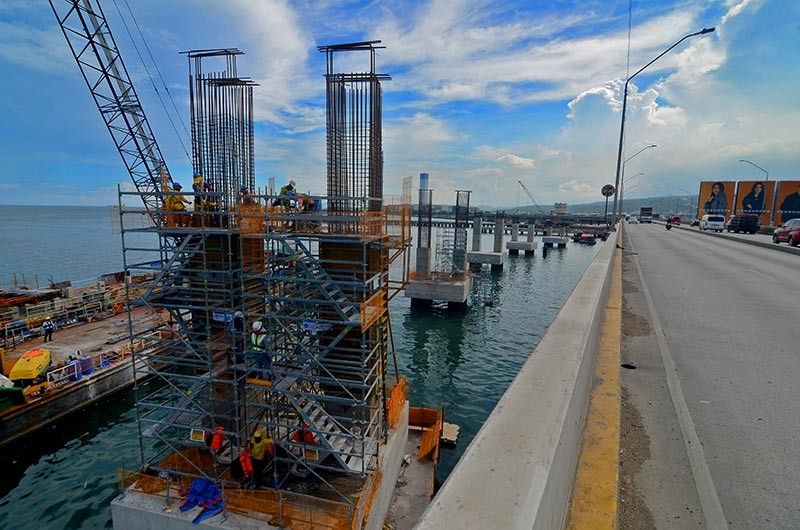 BIG-TICKET. The infrastructure buildup will support the region’s high economic growth projected in the years ahead. (Sunstar File)

THE growth trajectory of the Central Visayas economy has remained strong, with drivers seen sustaining growth this year, as infrastructure buildup in the region looks to eventually take shape.

“Central Visayas is still one of the country’s fastest growing regional economies, with the region being the fourth highest in terms of gross regional domestic product growth rate in 2018 recorded at 7.6 percent,” he said Thursday, July 18, 2019.

In the last five years, the region’s growth, mainly driven by its economic hub Cebu, averaged 6.8 percent, growing as one of the important economic centers in the country.

Cobonpue believes that tourism is expected to be a key driver for growth this year, alongside the booming construction and BPM sectors.

Region 7’s 7.6 percent economic expansion in 2018 was higher than the 6.2 percent national growth and exceeded the 7.4 percent high-end growth target in the Regional Development Plan 2017 to 2022.

In the BPM sector, Cobonpue noted the sustained demand for workers and office spaces.

“This brought revenues of over P80 billion a year, and employment opportunities to over 160,000 direct and 500,000 indirect workers,” he said.

On the infrastructure side, he said some big projects should start in the future.

The feasibility study for the fourth Mandaue-Mactan link will be completed and finalized in September 2019, he said. The project, which will require approval by the National Economic and Development Authority, is proposed to be funded through Official Development Assistance from the Japanese government.

The construction of Cebu’s third bridge is ongoing.

The New Cebu International Container Port’s environmental study is ongoing and is expected to be finished by the end of 2019, Cobonpue said.

The road right-of-way appraisal for the new Bacong Airport in Negros Oriental is up for bidding, he said.

In 2018 alone, Cobonpue said, total approved investments reached P67 billion from P44.9 billion in 2017. Total combined investments from both foreign and local sources rose 49.4 percent in 2018 from 2.1 percent in the previous year.

Cebu accounted for the lion’s share of the Board of Investments-registered projects.

Furthermore, Cobonpue also said the unemployment rate in the region was down to 5.2 percent in the first few months of 2019 from 5.8 percent in the same period last year. Underemployment also went down to 18.4 percent from 24.4 percent.

“In other words, the good economic performance of the region resulted in the creation of more jobs,” the RDC chairman said.