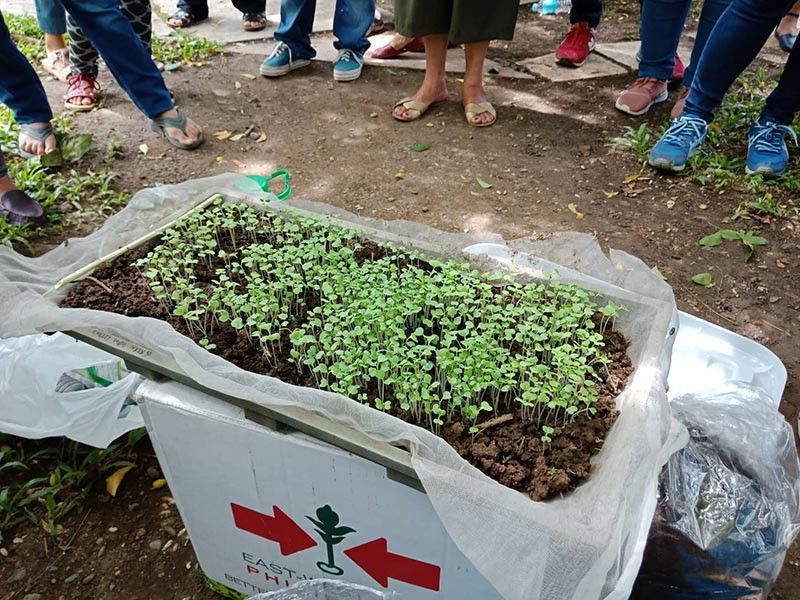 Sample cabbage seedlings that are ready for transfer to small containers. (Lyka Casamayor) 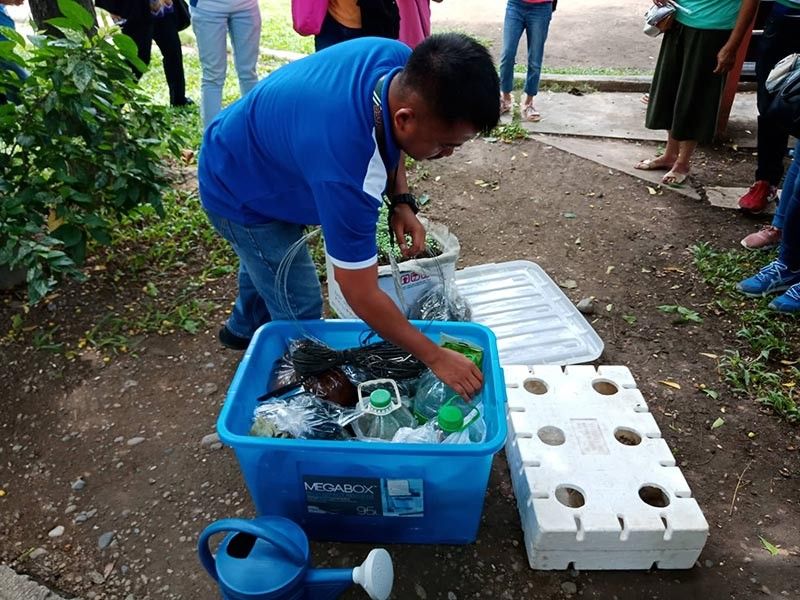 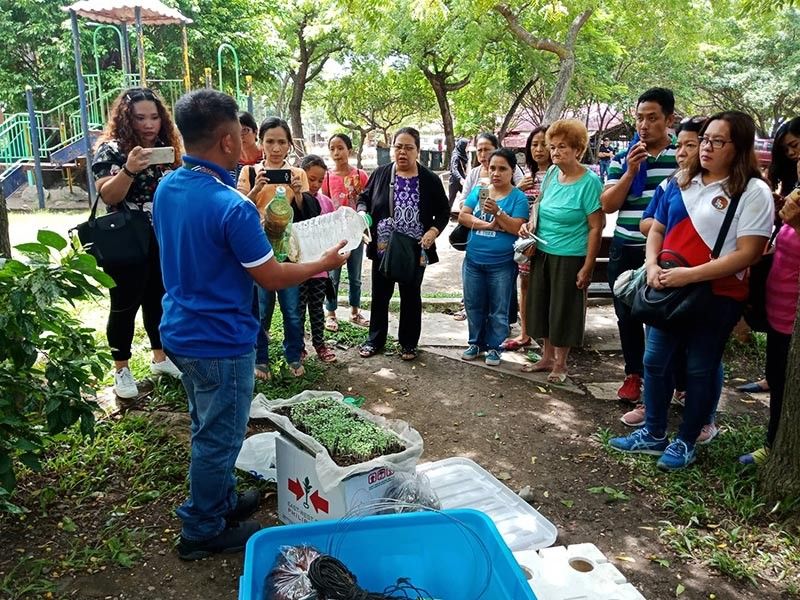 AS DAVAO City economy continues to grow, the population is also rising and the area is becoming more urbanized. Despite the situation, the government and some advocates are still encouraging Dabawenyos to plant vegetables, fruits, and spices for their consumption and promote food sustainability.

One of the ways introduced to achieve food sustainability is called Urban Container Gardening. This is where plants are grown and harvested in reused old containers such as pots rather than into the ground since having an actual garden in urban areas is not possible.

In a 180-square-meter lot in Victoria Heights Subdivision owned by a 62-year-old traditional farmer Maxey Atog, Jr., his urban container garden was not solely for the consumption of their family but has now become an income-generating activity.

“At the start, I did urban container gardening for food consumption but it has now become our livelihood also. My house was filled with plants, that’s why during harvest season, it is always more than for our food consumption,” he said in vernacular in a phone interview with SunStar Davao.

He started the activity in 2010 and is now selling his harvested vegetables at the Rizal Park every Thursday and Friday of the week. Aside from vegetables like lettuce sold at P30 per pack of 150 grams, he is also selling Urban Container Gardening materials like pots, organic fertilizers, among others. His clients also get free orientation on how to start with the gardening as part of his advocacy in food productivity.

“Urban Container Gardening is easy for me as I am a farmer for a long time plus I went through training. However, to some people, it will be a little difficult so before I sell the gardening materials to the, I make sure to orient them first,” he said.

He said he wants people to understand the importance and benefits of Urban Container Gardening.

To further encourage people, the Department of Agriculture (DA)-Davao has been conducting free training and seminars whenever there is a request letter to their agency with a minimum of 20 participants.

DA 11 Science Research Assistant Raymund Antiola said they conduct demonstrations on how to plant cabbage, kangkong or water spinach, radish, and carrots, even spices like chili pepper in containers.

“For business, he said it is best to plant at least a minimum of four varieties of vegetables or spices as each has different characteristics and harvest season,” he said.