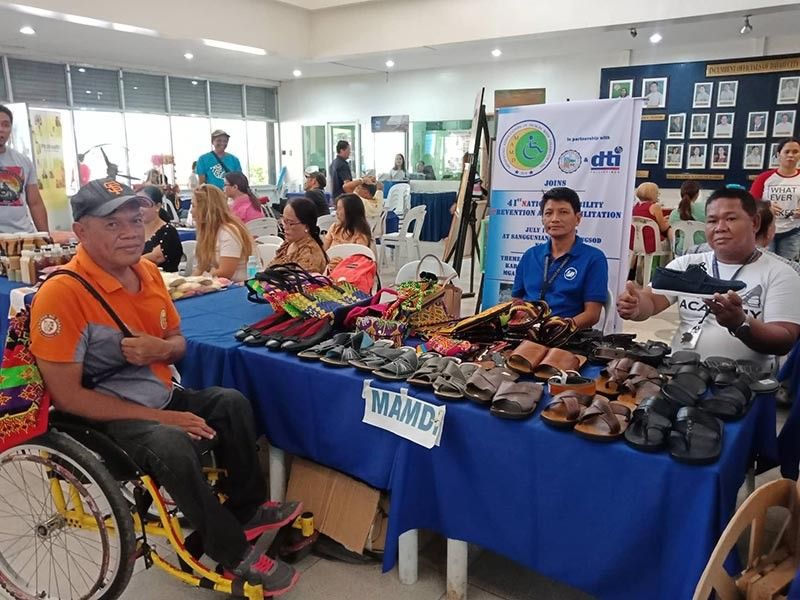 Mindanao Association of Muslims with Disability Inc. (MAMDI) president Allan Rasman and other members during their product exhibit at the City Council. (Lyka Casamayor) 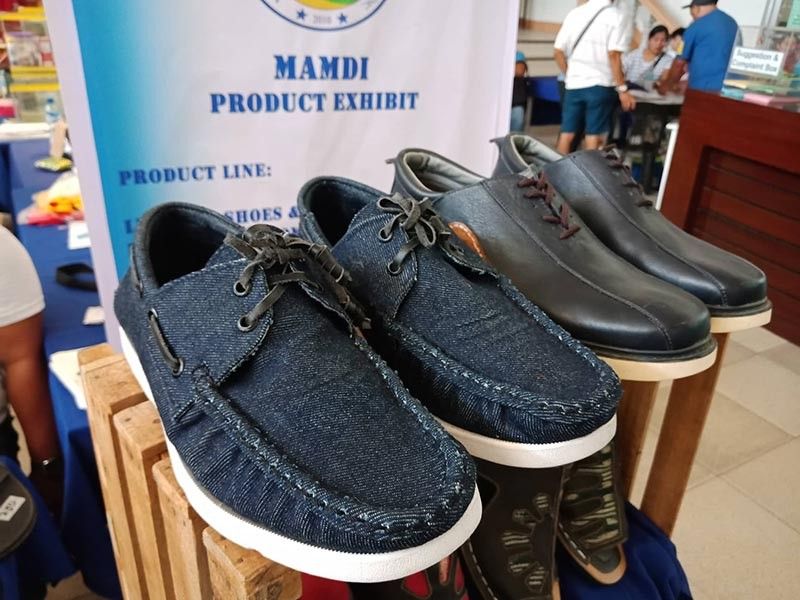 Some of the shoes made by Muslim PWDs under MAMDI. (Lyka Casamayor) 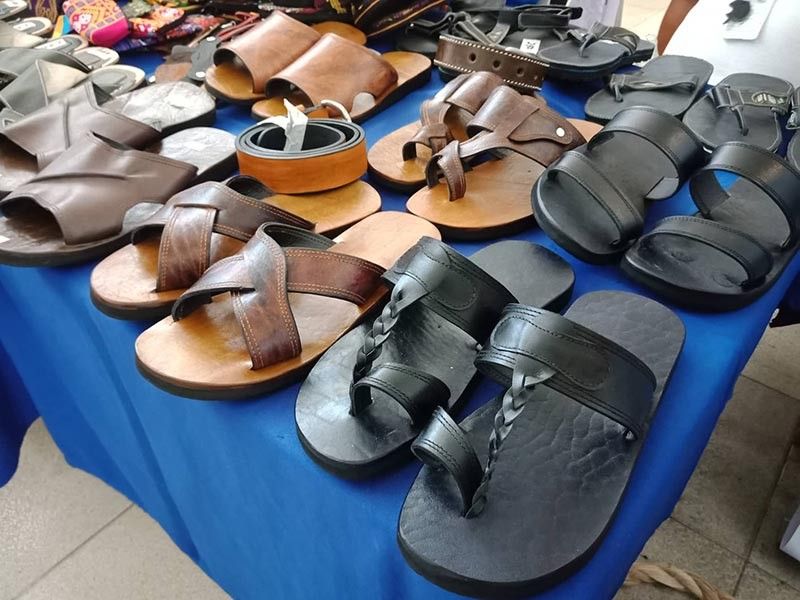 Leather slippers and sandals sold at the range of P450 to P900. (Lyka Casamayor)

WHAT would you do if one day you wake up unable to do what you usually do? Having no capacity anymore to work for a living with the job you used to be good at. Some people lose hope, and worse, some get so depressed that they wanted to end their life.

Allan Rasman, 48 years old and from Davao City, never thought his life would suddenly change one day through a car accident. When he lost his leg, he said he seemed to lose everything. A friend came to him saying he should not waste life by holding on to the past that will never change at all and start doing things that will somehow make a difference.

As a Muslim, he knew the Muslim communities in the city needed help much more the persons with disabilities like him.

"Muslim PWDs (people with disabilities) are mostly treated as hopeless people and there has been lack of intervention in these communities," Rasman said in an interview with SunStar Davao. He added that this is because of their culture.

Most government programs could not penetrate in their areas as there has been some kind of fear. Also, Muslim parents with PWD children are not sending their children to school anymore due to the idea that it will useless in the end.

"Being a Muslim with a disability is very difficult. We experience double discrimination," he said in vernacular.

In 2010, he started going to the different Muslim communities in the city, encouraging PWDs to learn to earn despite their situation. He founded the Mindanao Association of Muslims with Disability Inc. (MAMDI).

Rasman was a businessman before the unfortunate event happened and he used this ability to lift other people also.

Not long after, the organization grew to 300 PWD members. They started training their members with slipper-making to provide livelihood and also to sustain the organization. Each slipper was sold at P100.

"Each product we sell came from hard work and we can guarantee its quality. The feedback we are receiving is good at it gives us more encouragement to do better in our work," Rasman said.

"As of now, we continue with our training. In fact, we needed more people for the workforce as the demand gets higher," he added.