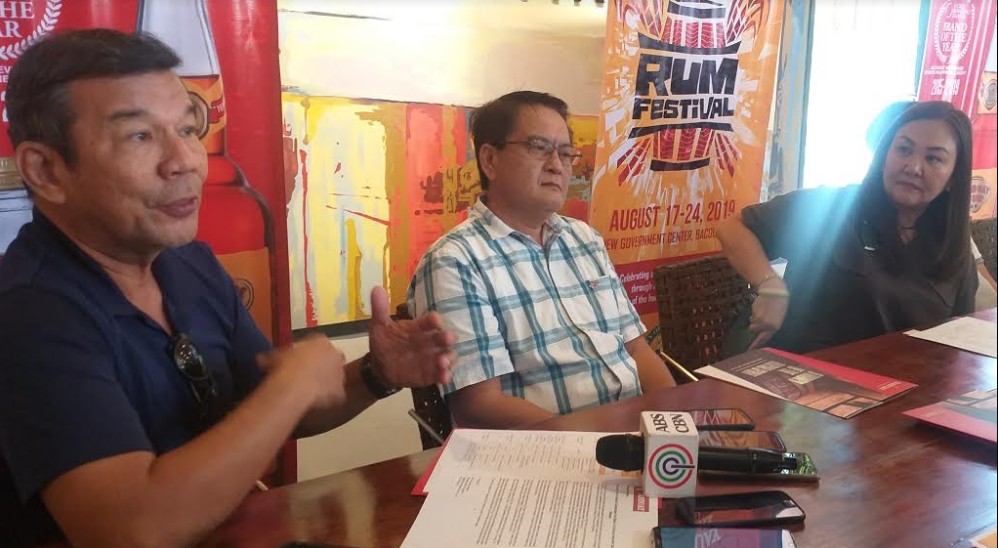 THE first-ever Tanduay Rum Festival in Bacolod City is also positioned to boost the local culinary sector, the top official of the Hotel and Restaurant Association of Negros Occidental (HRANO) said.

HRANO president Roberto Magalona, in a press conference at Cafe Azucarera in Bacolod City yesterday, said they are hosting this year's Sabor Bisaya as one of the major segments of the rum festival.

Magalona said rum and sugar are always equated or part of each other. When talking about sugar, it would then be Negros.

"We are happy to partner with Tanduay whose products are only associated with bars before, and now with kitchen through rum-infused products that we hope to also develop especially with culinary students," he added.

Sabor Bisaya, a food exposition and culinary competition held every two years, is part of HRANO's measures to address pressing challenges in the culinary industry.

For this year, it will be held at the SMX Convention Center in Bacolod City on August 22 to 24 within the rum festival period from August 17 to 24.

The event, which is in collaboration with the Council of Hotel and Restaurant Educators of the Philippines (COHREP) - Western Visayas, is one of the most highly-anticipated culinary events in the region.

It serves as a venue for hoteliers, restaurant owners, caterers, bakers, food processors, entrepreneurs and the academe to learn the latest trends and technics as well as network and interact with top chefs and players in the industry.

Magalona said they want to reach out to Panay and Negros Oriental as the idea of Sabor Bisaya is to strengthen the regional culinary scene.

"It is one way of attracting visitors to come here and try our cuisine," he said, adding that more than just chicken inasal, the province has so much to offer to tourists.

Magalona said "it is actually strengthening the local cooperation and unity and bring more people to our region particularly in Bacolod City."

HRANO is banking on the "culinary revolution" concept.

Its president said "we teach our people mostly about French things" in the past thus, it is now time to highlight the Filipino cuisine which is something that can be offered to the world.

Magalona said they would like to bring this down to local culinary schools and hopefully develop the talents of the students to go beyond the usual adobo and inasal.

It is now time to develop other local cuisine and dishes that can be an additional attractions, Magalona said.

"So to strengthen this direction, we are having the laswa cooking competition, aside from inasal, using local ingredients," he said, adding that there will also be a dessert competition utilizing mango and sago as main ingredients.

Other activities include culinary competition open for professionals and students in and outside Negros Occidental.

Teams from Negros and Panay will showcase their culinary skills in the Chefs' War Regional Competition of the National Food Showdown.

A cocktail mixing competition sponsored by Tanduay will also be conducted among other activities during the three-day event.

For Tanduay, meanwhile, the company said the rum festival not only gives toast to the humble sugarcane, but also celebrates the best of Negrense culinary arts.

Tanduay Chief Marketing Officer Paul Lim, in a statement, said the festival celebrates the ingenuity of the Filipinos including their skills on creating fantastic dishes.

Lim said Negros Occidental is home to some of the most amazing dishes.

"Through our support to Sabor Bisaya, we are raising a glass to all the culinary students and professionals who continue to make delicious creations