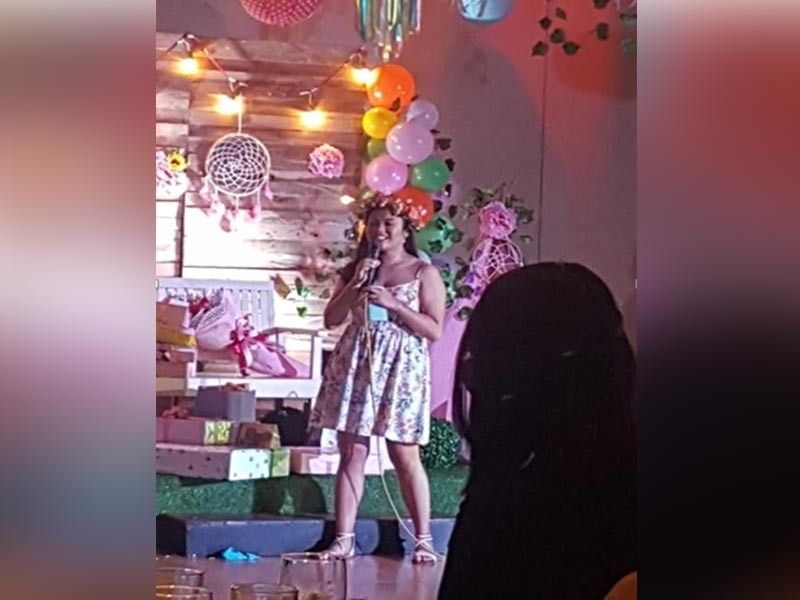 JULY 13 was a night to remember for our family and friends as my unica hija, Julia Kristine Angela, officially came of age.

Who would have thought that this young shy lady would celebrate her 18th birthday in the non-traditional way? There were no 18 roses and cotillion dance included in the program. Julia would rather prefer to let her guests enjoy the night in their stunning bohemian and coachella attires.

The guests were entertained with different songs and dances. A live band was provided to create an atmosphere of music and laughter, a ballet dance by Kevin Flores and Daryll Odango, a parody performed by Ynna Durana and Ute Villamero.

Julia was serenaded by Jun Rey Gracia, Roselle Marcella and Glea Canoy and of course, Jatrene, Frea and Aika, the little cousins of the debutant also showed their dancing prowess to the tune of Taki Taki.

The debut may had forgone some of the usual parts of the celebration, however, the 18 candles, 18 blue bills, 18 treasures and 18 shots were still included. The 18 treasures were made to present their gifts in the runway.

Magician Kirby awed the audience with his different tricks and colorful animals as he pulled off quite a spectacular show.

Emotions poured when a video presentation made by the debutant’s dad was shown featuring the journey of his unica hija with a touching message.

The party ended with a mob dance lead by Daryll Odango and the debutant. The debut was indeed a magical variety entertainment.