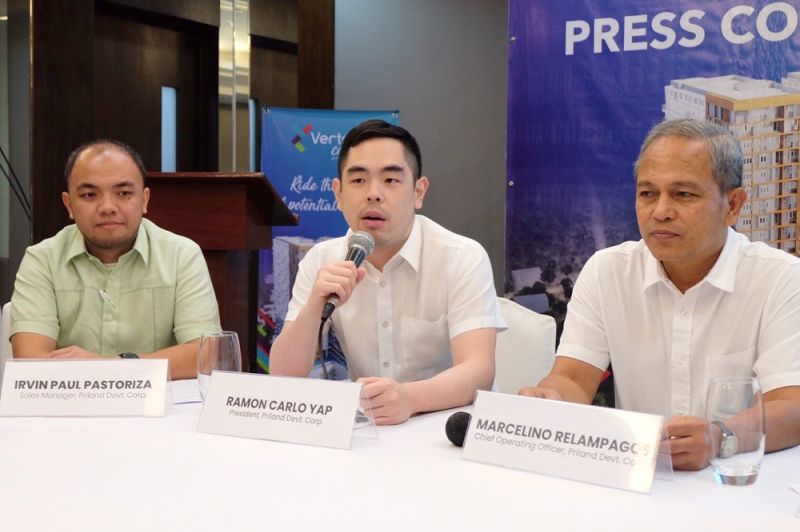 AT LEAST 600 residential units and 108 small office-home office (Soho) units will be floated in Cebu’s property market before the end of this month, as a local developer expands its vertical project in Lapu-Lapu City.

Priland Development Corp. announced Thursday, July 18, 2019, that it is building two towers named Vertex Coast along the Punta Engaño stretch that will have a combination of residential condominiums and Soho units.

Priland president Ramon Carlo Yap said this is the first condo-office development in that area, which is currently a home to high-end resort players.

Yap said this mid-range condo-office project is set to complement the resort and casino projects that are being built in the area.

He cited, for instance, the completion of The Emerald, an integrated resort and casino that sits on a 13.5-hectare site in Punta Engaño, which is projected to generate a lot of employment opportunities.

Yap said they target the expats and employees who are looking for a home address that is near their working places.

Aside from the residential units, Priland is also boosting its Soho supply in the market to cater to the startups in Cebu.

Irvin Paul Pastoriza, sales manager at Priland, said they are incorporating Soho in their residential projects to address the backlog of office spaces in Cebu.

Soho is an established office within the residence where a micro-enterprise or small business can operate. Its usage is not limited to residential use unlike the typical condominium unit.

During the daytime, a Soho unit functions as an office. At night, it serves as a living space.

Among the project’s amenities include a garden deck, an infinity pool, a function room, a game room, commercial spaces on the ground floor and eight elevators. Units at Vertex Coast are priced from P3.1 million to P15 million. (KOC)