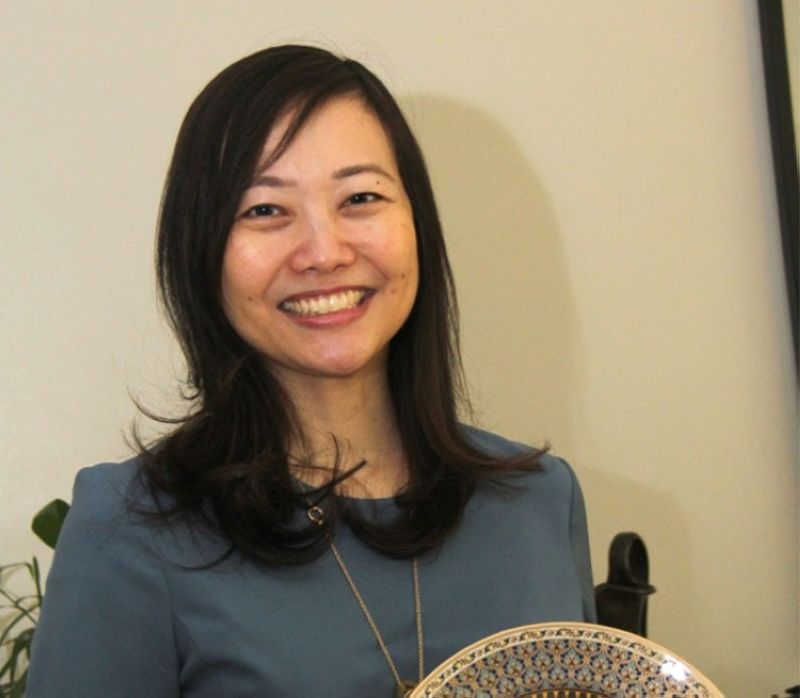 She keeps a mindset of still being an “underdog” in the industry because that motivates her to do more--to keep on working.

Looking back, she didn’t have a choice when her father, lawyer Augusto Go, a well-known Cebuano educator and businessman, offered her, being the only heiress, to lead the University of Cebu in 1994. She was only 23 at that time but she found it challenging.

“At that time, my father gave me my first campus, the University of Cebu-Lapu-Lapu and Mandaue (UCLM), that was my graduation gift,” Gotianuy giddily shared.

UCLM was small then, with only few students. Today, that sprawling campus enrolls over 10,000 students. Across all its campuses, UC now has close to 60,000 students, making it one of the largest private universities in the country.

But it was all hard work that brought the company to where it is today, Gotinauy shared.

Interestingly, her contribution to her father’s legacy business empire has, in a way, paid off when she was recently recognized as among the Association of Southeast Asian Nations (Asean) Women Entrepreneur Network (Awen) awardees.

Gotianuy received the 2019 Awen Award from Thai Princess Bajrakitiyabha Mahidol in Bangkok, Thailand, joining other women entrepreneurs from Asean who have made an impact in their respective fields and communities.

Awen is a network of women entrepreneurs in the region that advocates the creation of a favorable environment for female-led enterprises to thrive.

Such award was an exception, considering that she isn’t really into receiving recognition. “This came at the time when I wasn’t thinking of an award or anything. I was just doing my work,” she added.

Although she feels honored to be recognized, Gotianuy admitted that she doesn’t see it as a culmination of what she does as she still has to learn a lot of things.

But having received such prestigious award mirrors the hard work and dedication she has invested in whatever she’s been doing for the last two decades.

“It’s not just one single thing that got me this award. It’s really years of hard work and perseverance,” she said. Gotianuy now serves as the chancellor of UC and also takes charge of their hospital business in Cebu.

While what she’s been doing in the company has become sort of a routine, her father’s entrepreneurial drive is what really keeps her still excited even today.

“My father is really the entrepreneur. He sets the new directions and says ‘we build this’ and ‘we build that.’ Whatever we’re doing for our students adds value to our work,” she said.

You’ve been in the business for over two decades. Looking back, what have been the greatest lessons you’ve learned?

I was 23 when I started with my first campus (UCLM). That taught me the value of enthusiasm and showing passion for your work. Getting things done. We started with a small building and few students. But we campaigned for them. We visited the barangays and invited them to join us. We worked hard for it.

You started very young in the business. What is it that you have to say to young people who are still trying to figure out what they want to do in their lives?

If you’re still trying to figure things out, don’t wait for it to pop up. Go ahead and do what you need to do. While you’re struggling at finding it out, you need to get the bills paid. So you need to be productive. Go to your work wherever you are. Just go through it. In the meantime, you experiment. You may put up a small business or go into arts, but keep your day job. That’s the practicalities of life. But experiment. Nothing should stop you from experimenting. Go ahead.

Moving forward, how do you see the company going in the next several years?

We always have this mindset of being an underdog. We always want to become better. So I keep that mindset. It’s not easy because sometimes you can slide to complacency. I try to keep that mindset because there are still bigger ones to conquer. I need to work harder. That mindset kept me humble. Humility for me is very important.