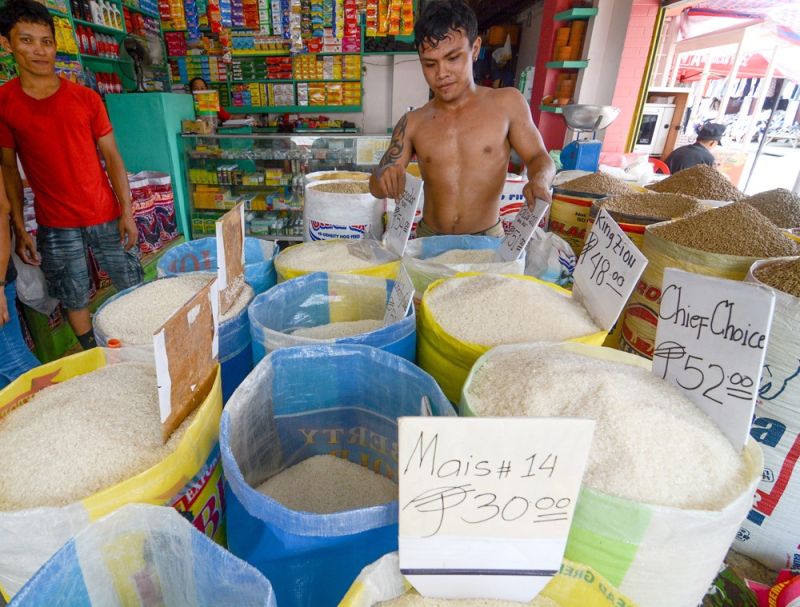 PROTECTING FARMERS. The government is mulling to set a suggested retail price on rice as farmgate prices of palay continues to plummet. (SUNSTAR FILE)

THE government is set to impose a suggested retail price (SRP) on rice after farmers lamented the low landing prices of imported rice but selling them high in the market.

Department of Trade and Industry (DTI) 7 Director Asteria Caberte said, there were certain behaviors in the market that called for the declaration of an SRP to protect local farmers.

“As an offshoot of the tariffication law, there seems to be a possibility that there will be distortion to the price of rice,” she said.

The Rice Tariffication Law was passed four months ago to open the gates for imported rice to enter the market.

Tasked to come up with the SRP are the agencies of the DTI, Department of Agriculture (DA) and the National Economic and Development Authority.

Caberte said importers were eager to import rice which caused support prices to lower and affected the consumers’ buying behavior towards local rice.

“To the point that our local farmers were threatened and the behavior should be looked into. So that SRP, for the rice, is something they should hit right so it will be a win-win for all,” she said.

Considered as urgent, she said the SRP is expected to be set this month.

DA 7 Director Salvador Diputado said the SRP was the proposal of Agriculture Secretary Emmanuel Piñol after they found out the landing price of imported rice was low but its selling price was high.

“He (Piñol) wanted to lower the gap between the landing price of the imported rice and the local one,” he said.

In a statement on Wednesday, July 17, 2019, Piñol in his Facebook page said farmer leaders and rice industry stakeholders asked for President Rodrigo Duterte to review the loopholes in the rice tariffication law.

“Farm gate prices of paddy rice dropped to a record low of P12 to P14 per kilo in many parts of the country. The prevailing farmgate prices showed a steep drop from an average of P20 per kilo of fresh palay earlier this year, which would result in an estimated P114 billion in losses to Filipino rice farmers for the whole year,” the post read.

The Rice Tarrification Law allows unlimited rice importation, but investors must first secure a phytosanitary permit from the Bureau of Plant Industry and pay the 35-percent tariff for shipments from Southeast Asia. (JOB)