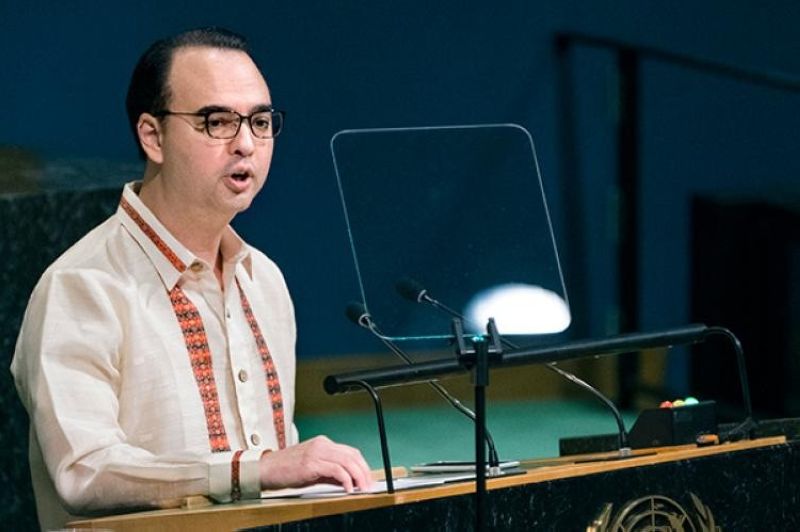 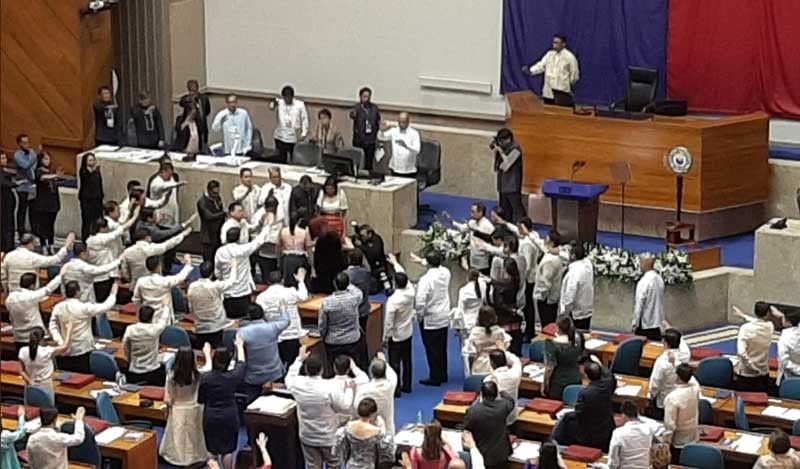 MANILA. Members of the House of Representatives give their blessing to their newly elected Speaker, Taguig-Pateros 1st District Rep. Alan Peter Cayetano, at the opening of the 18th Congress on Monday, July 22, 2019. (Photo by Ryniel Berlanga)

(UPDATED) As endorsed by President Rodrigo Duterte, Taguig-Pateros 1st District Representative Alan Peter Cayetano was elected as Speaker of the House of Representatives at the opening of the 18th Congress Monday, July 22.

At the end of a roll call vote, 266 members of the House voted for Cayetano, one registered a No vote, and two abstained.

A total of 297 congressmen were in attendance.

Romualdez was elected as the House Majority Floor Leader, based on Duterte's endorsement.

Davao City 3rd District Rep. Isidro Ungab, who was earlier endorsed by regional party Hugpong ng Pagbabago as their candidate for Speaker, was named chairman of the appropriations committee.

The partylist coalition did not vote as one for Cayetano, as previously announced by its president Rep. Michael Romero. Some members voted for Abante.

Duterte announced on July 8 that he was endorsing a term-sharing scheme at the House, with Cayetano serving first and Velasco second.

Presidential Spokesperson Salvador Panelo, in a statement shortly after the President’s announcement, said Cayetano would serve as the House Speaker in the first 15 months and Velasco in the next 21 months. (From a report by Ryniel Berlanga/SunStar Philippines)