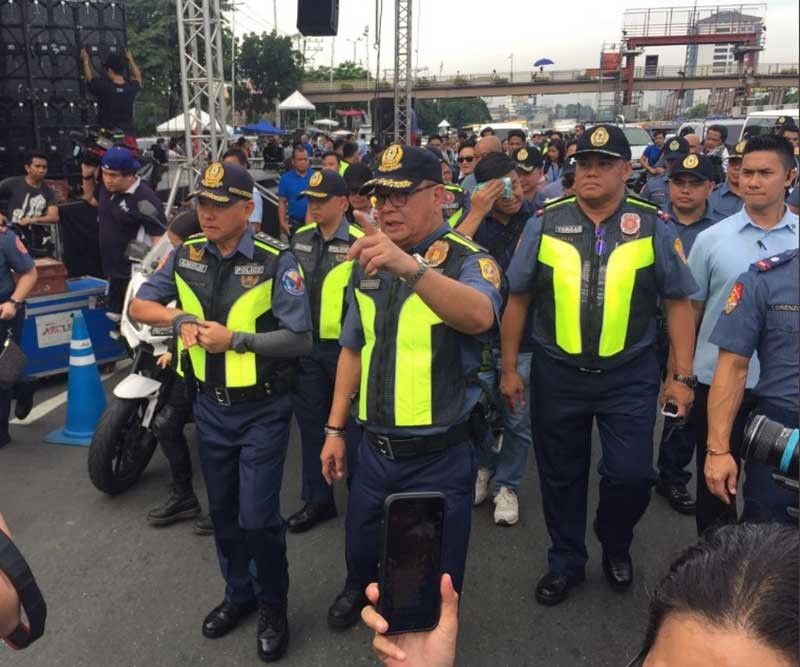 MANILA. Philippine National Police Chief Oscar Albayalde leads the inspection of Commonwealth Avenue, where protests are scheduled to be held in time for President Rodrigo Duterte's State of the Nation Address (Sona) on July 22, 2019. (Photo by Third Anne Peralta-Malonzo) 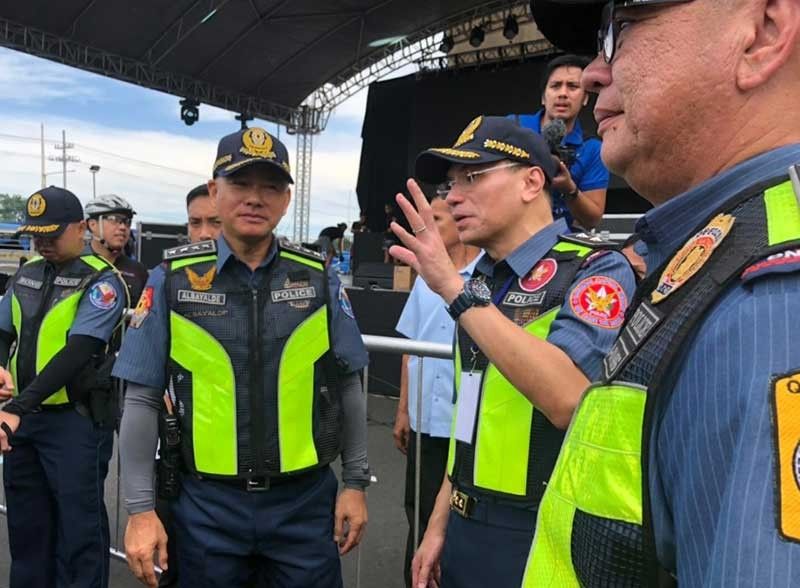 MANILA. Philippine National Police Chief Oscar Albayalde leads the inspection of Commonwealth Avenue, where protests are scheduled to be held in time for President Rodrigo Duterte's State of the Nation Address (Sona) on July 22, 2019. (Photo by Third Anne Peralta-Malonzo)

PHILIPPINE National Police (PNP) chief Oscar Albayalde expressed optimism on Monday, July 22, that the fourth State of the Nation Address (Sona) of President Rodrigo Duterte will be peaceful and orderly particularly the conduct of protest action outside the House of Representatives (HOR).

“A sizable contingent of PNP personnel will be deployed in different locations as the need arises to undertake Civil Disturbance Management (CDM) operations in the venues of mass actions and convergence points,” he said.

“I am confident that with all our preparations, including the series of dialogues and coordination with leaders and organizers of participating groups in the projected mass actions today, the 2019 Sona will be peaceful, orderly and uneventful,” he added.

Albayalde said they do not see any problem in the conduct of the protest actions except for the building up of traffic in the area.

Eleazar said they were expecting at least 10,000 pro-administration rallyists and 15,000 anti-Duterte protesters.

The NCRPO has been placed on full alert status to ensure enough deployment of cops during the Sona.

He said the policemen were instructed to maintain maximum tolerance. Police officers are unarmed except for truncheons and shields.

Just like in the past years, no barbed wires and container vans were positioned along Commonwealth Avenue which were used to prevent the anti-government rallyists from getting near the Batasang Pambansa.

However, Eleazar said there were fire trucks in the area should they need to disperse the rallyists.

Albayalde, meanwhile, reminded his men to be patient to avoid any confrontation with the militant groups.

He said they are guided by Duterte’s specific instructions to allow free expression and public assembly, and prevent violent confrontation between security forces and rallyists.

The general guidance to Civil Disturbance Management (CDM) units is to observe maximum tolerance at all times, even when they are being provoked, he said.

“We will uphold as well the right of non-participants to unhampered access to our streets and thoroughfares. We will keep our lines of communication open with leaders and organizers of these public assemblies and mass action for effective coordination of their movement,” he said.

“Let me remind again that the freedom of expression is not absolute. It is limited within the bounds of law. Everyone is expected to exercise discretion on what would constitute a violation of law. And we presume anyone exercising this right knows the responsibilities,” he added.

Albayalde said they have not monitored any serious security threat. (SunStar Philippines)