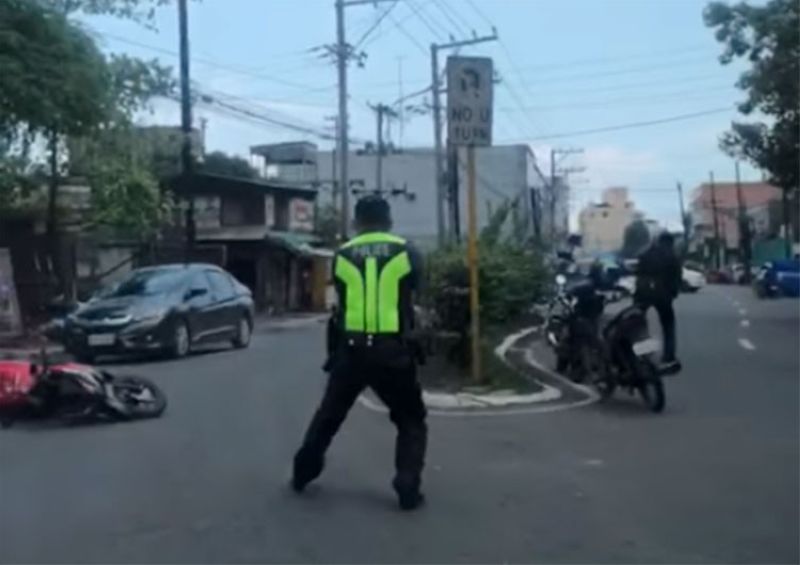 Screenshot from video contributed to SunStar by Alcr Reyes

A ROBBER was killed in a shootout with members of the Parian Police Station who were conducting a checkpoint along Imus Road in Cebu City Monday morning, July 22.

Police Captain Armando Labora, chief of Parian Police Station, said the suspect, who is about 30 to 40 years old, was about to rob a man identified as Greggy Senining, 34, a Coca-Cola agent, when a team of eight policemen who were conducting a checkpoint noticed the incident around 11:45 a.m.

Senining was on board a van and was about to leave the area after collecting payments from purchasers in Barangay Lorega San Miguel when the suspect approached him.

“When they (policemen) approached the van, they found the suspect who was holding a gun. The suspect was able to run. He run inside Barangay Lorega San Miguel. He was also able to point his gun to one of our members,” said Labora.

“He also tried to stop a car which he planned to use as escape vehicle, but the police were able to corner him. That’s the time he exchanged fire with our police and when he was shot,” he added.

Labora said they rushed the suspect to the Cebu City Medical Center for medical attention, but the suspect was declared dead on arrival.

“The suspect was allegedly a known robber in the area. Some residents said he is also a resident of Barangay Lorega San Miguel, but we are still waiting for his family members to confirm his identity,” said Labora.

As of Monday afternoon, authorities are still doing further investigation on the incident.

Labora said the suspect’s firearm will be subjected to ballistic examination. (WBS)