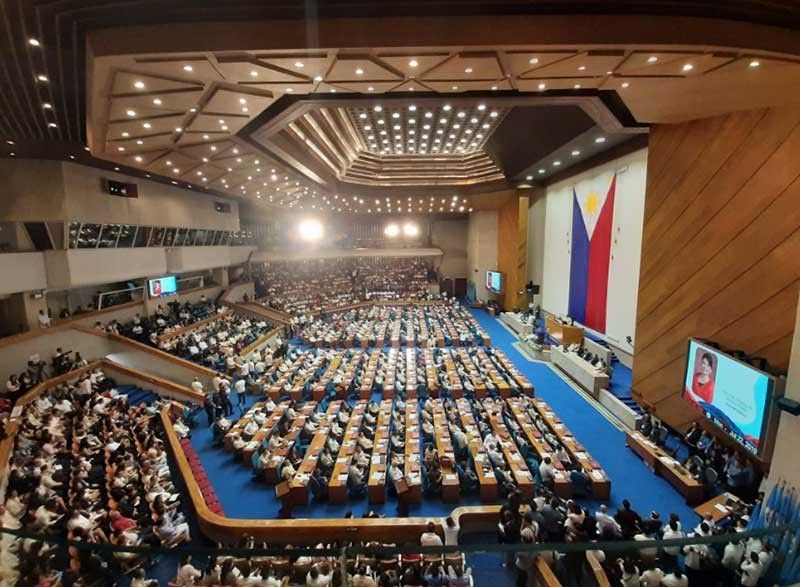 THE postponement of the barangay and youth elections and establishment of new executive departments for migrant workers, water resources and resilience are among the priority measures that President Rodrigo Duterte wishes the 18th Congress would pass.

The President, in his fourth State of the Nation Address on Monday, July 22, said he wanted the Senate and the House of Representatives to approve a measure that would postpone the conduct of synchronized village and youth elections in May 2020.

To recall, Duterte did not cast his vote last May 2018 for the twin elections, as he stressed that these were "purely political" in nature.

Last year's conduct of the village and youth elections were not postponed despite the Chief Executive's call because of the 17th Congress' failure to approve a measure suspending the political exercise.

Duterte also urged Congress to pass a bill seeking the establishment of a department that would attend to the needs of overseas Filipinos workers (OFWs).

On July 12, the President said he wanted the creation of a Department of OFW by December 2019, as he lamented that labor problems continue to confront many Filipino migrant workers.

The President, addressing the nation in a televised speech, also sought the Congress's enactment of the proposed Magna Carta for Barangays, the Malasakit and Serbisyo Program, Fire Protection and Modernization Program, and the additional benefit for solo parents.

He also pushed for the senators and congressmen's approval of a measure establishing a Department of Resilience which focuses on national hazard and climate change, and Department of Water Resources or Water Regulatory Commission to address water crisis in the country.

Duterte also sought the passage of a legislative bill that would create a national academy for sports for high school students.

He also wanted Congress to review and pass the government rightsizing bill to reconfigure the existing Metro Manila-centric bureacracy and streamline government systems "in order to deliver services without delay and even in a short timeline."

Duterte also called on the Senate and the House of Representatives to approve defense-related measures such as the proposed National Defense Act, retirement reforms, and mandatory Reserve Officers Training Corps (ROTC) program.

He also wanted Congress to approve the proposed National Land Use Act, package two of the Comprehensive Tax Reform Program or the "Trabaho Bill," and the "new version" of the Salary Standardization Law. (SunStar Philippines)