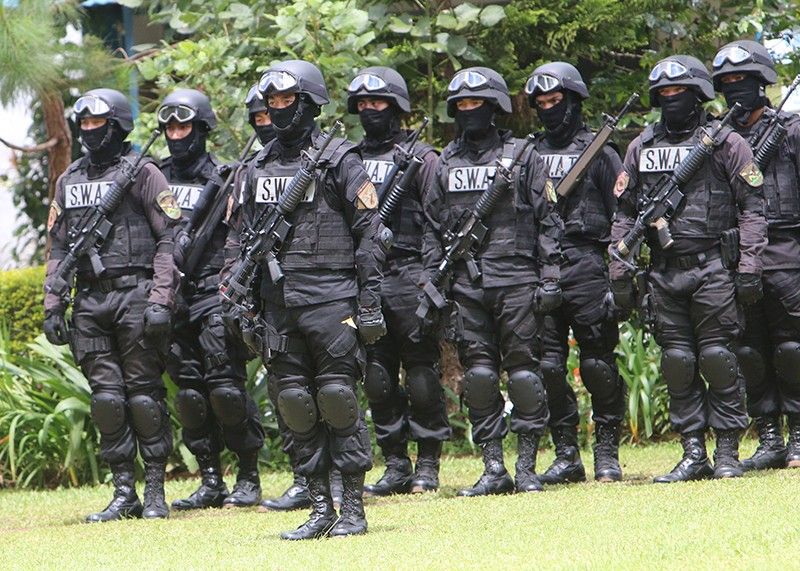 BAGUIO. Members of the Special Weapons and Tactics (SWAT) of the Police Regional Office–Cordillera undergo inspection during a recent program at Camp Bado Dangwa. The regional police is now undergoing digitalization of its communication system under the 6-year PNP digital transformation roadmap. (SunStar Baguio File Photo)

THE POLICE Regional Office Cordillera (PRO-Cordillera) is now undergoing digitalization of its communication system to better respond to the needs of its peace and order programs and initiatives under the 6-year PNP digital transformation roadmap.

“Under the strategic plans that the PNP is now undergoing is its digitalization of its existing communications system through the acquisition of Hytera communications which will now link its programs on peace and order and traffic management among others, which will interface with the present CCTV setup through the internet including body cams for our police personnel, two–way radio communications, internet capability and adaptability among others.

The PNP, thru digital transformation plans to harness world-class technology in further addressing the problem on illegal drugs, crimes, terrorism and corruption amid significant gains of the national police.

PRO-Cordillera in its latest report, recorded a 14.69 percent decrease in the total crime volume for the first half of 2019 with 2,672 incidents from January to May this year, compared to the 3,132 incidents recorded at the same period in 2018.

Index crimes pertaining to crimes against persons and properties increased by 17.35 percent from the 467 cases in 2018 to the 559 cases recorded this year.

“The PNP’s investment in digital technology will pave the way for a more responsive police force and come 2022, a reduction in the number of recruits will be observe as part of our strategic planning in the organization,” Mangili added.

The Smart policing program approved by President Rodrigo Duterte will automatically address identified barriers to efficient PNP information management system brought about by limited budget, the organization’s inability to collaborate and cooperate thru shared data, its difficulty to manage and access shared information; its difficulty to integrate since there is no standard format of data and information; the presence of existing silos of information systems and limited information security to secure online transactions.

Another major internal challenge to be addressed by the program is the PNP’s limited radio connectivity which forces its units to rely on mobile phones and commercial telephones as well as less secured, less reliable and costly video and data connectivity.

The problem on communication was very evident when Typhoon Yolanda hit Eastern Visayas and Samar region in November 2013 killing over 10,000 people.

The Yolanda tragedy brought out the fact that the then Aquino government failed to fully prepare for the worst super typhoon that ever struck the country as all forms of communications in the region were totally wiped out.