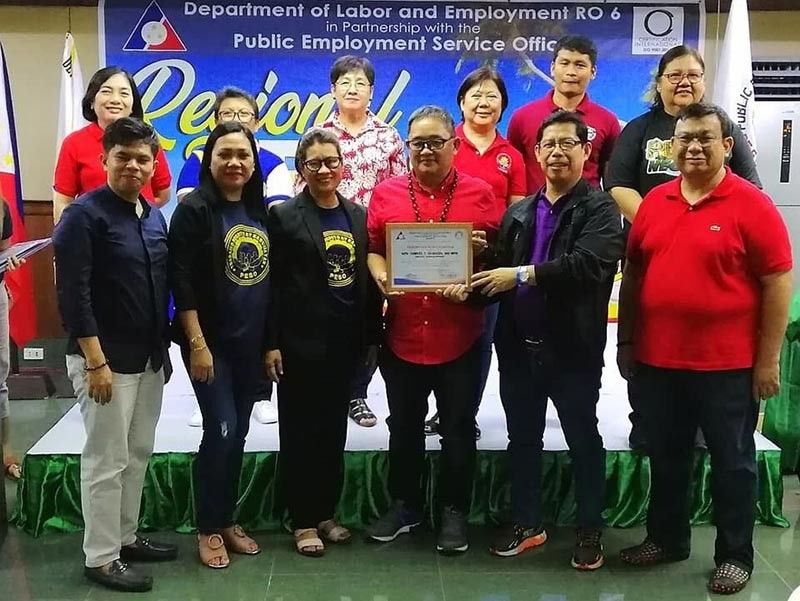 THE Guimaras Provincial Employment and Services Office (Peso) is vying to become the national best Peso.

Guimaras Peso was nominated at the national tilt after being declared as the regional grand winner under the Fourth Class Province Category in the Regional Search for Best Peso of the Department of Labor and Employment (Dole).

The Dole also lauded Elena V. Quezon, Provincial Economic and Development officer, for her outstanding performance in leading Guimaras Peso to excel in the region.

The agency likewise hailed Quezon for leading the Peso managers of the province toward a more improved and productive employment facilitation.

The recognition was given to Guimaras after placing the highest number of job seekers that were given employment.

Quezon said the implementation of the province's Peso of all the mandatory functions to generate jobs for the Guimarasnons and the support for alternative employment cleared the way for the island to become the grand winner in Western Visayas.

"Peso Guimaras won the award because we had implemented all the mandatory functions in terms of job generation as well as support to establishment of alternative employment like summer employment for student," Quezon said.

She also said that no stone has left unturned to create job opportunities for the people of Guimaras, thus the province has only a six percent unemployment rate.

"At this time, we set on the laurel that only six percent is our unemployment rate because we left no stone unturned in helping Guimarasnons find a job or have alternative source of income," she added.

Quezon said Peso-Guimaras not only actively works for creating jobs but inculcates to Guimarasnons the importance of starting their own business or collectively initiate a livelihood program as a source of income.

The winners were selected based on the criteria set by the Dole-Bureau of Local Employment. (PR)