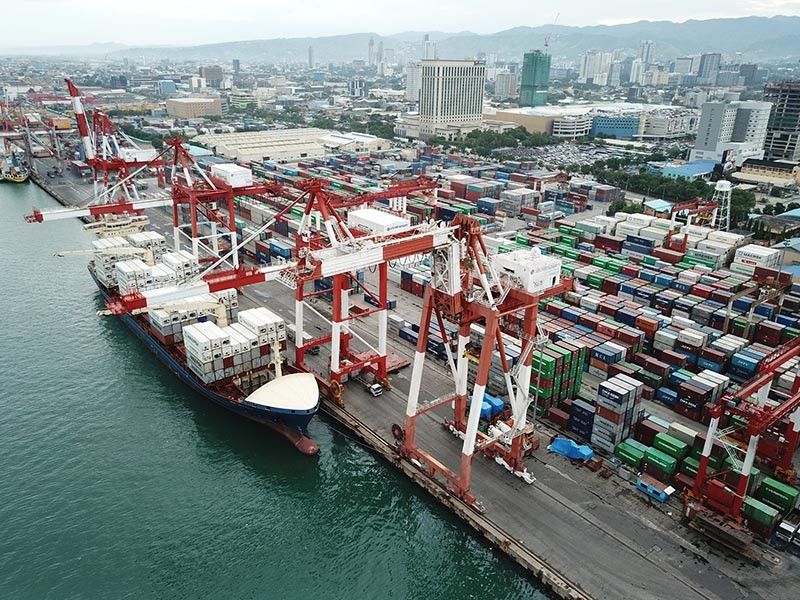 DOWN. The trade war between China and the United States is hurting the export performance of Cebu. Philexport Cebu executive director Fred Escalona says the decline will continue if these two economic powerhouses fail to reach an agreement soonest. (Sunstar File)

THE Cebu export industry saw a negative performance in the first six months of 2019.

Reeling from a contraction last year, the export sector is in for another challenging year.

Official Philexport data showed Cebu exports were down 22 percent in the first half to US$101.22 million from $130.04 million in the same period last year.

“The figures still point to a downtrend,” the export official said.

Escalona pointed out that this trend is seen to continue “for as long as the US-China trade impasse persists.” The world’s two biggest economies have been in a trade war, imposing billions of dollars in additional tariffs on each other amid the rise in trade protectionism.

This has since crippled global trade growth as it has triggered demand to cool down.

“There is little impetus from foreign buyers due to uncertainties brought about by this situation unless resolved soonest,” Escalona explained.

In the first six months, Cebu saw a total of 3,878 containers that came out of the city’s international port, down 19.38 percent from 4,810 last year, Philexport data further showed.

The exporters group also registered a total of 2,872 entries or export documents filed during the period, down from 3,321 in the comparable period last year.

Philexport-Cebu data do not cover the export processing zones in Mactan, Cebu, but Escalona believes the export business on the island is also experiencing the same downtrend.

Escalona said prospects are not good this year for exports, saying that demand from Cebu’s export markets has been slowing down.

He said the industry is on a “wait and see” mode as far as growth performance for the rest of the year is concerned.

Earlier, the National Economic and Development Authority urged exporters to continue to diversify products and earnestly look for new markets to boost exports.

The Export Marketing Bureau of the Department of Trade and Industry is looking at non-electronic products such as cars, desiccated coconut, coconut oil and footwear and wearables, among others, as new export growth drivers.

Recently, the Philippines has secured a commitment from the United Kingdom (UK) on continuing the same level of market access to the UK post-Brexit, similar to the European Union’s Generalized Scheme of Preferences.

In addition, the Philippines and the Republic of Korea had also arrived at a common understanding to pursue a bilateral free trade agreement and could possibly conclude the negotiations in time for the 2019 Republic of Korea-Association of Southeast Asian Nations (Asean) Commemorative Summit in November 2019.

In Central Visayas, where Cebu is a key exporter, electronics remains its top export, but it needs to further develop export goods.