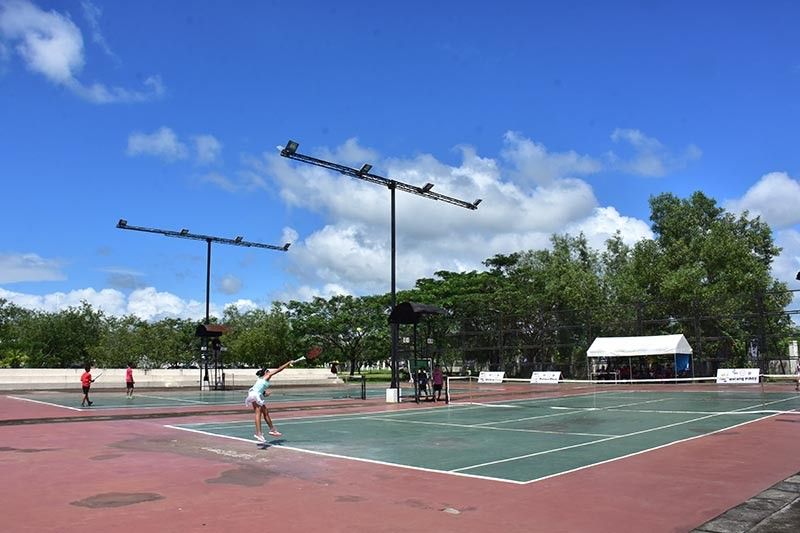 THERE is no doubt that Davao has established its place in the country's sports map as more sports facilities were built here in recent years.

Let's take a look at these sporting destinations that already catered national and international events.

Construction of the covered multi-purpose courts is also ongoing.

The inaugural staging of the Indigenous Peoples (IP) Games was also launched in the Barangay Mankilam-based sports complex.

DNSTC also has a perimeter professional lighting system that can accommodate night events.

The Davao City-University of the Philippines (UP) Sports Complex opened to the public only this year as it hosted the Davao Region Athletic Association (Davraa) Meet 2019 and the PalarongPambansa 2019.

While the Olympic-sized swimming pool was not used during the regional meet, it was utilized during the city's Palaro hosting.

It has a multi-purpose gym as well as a rubberized track oval, football pitch and grandstand although finishing touches have yet to be done.

Some football matches of the National Prisaa Games 2019 was held there as well.

This newest sports facility located below the Agdao Flyover officially opened on May 31, 2019.

The former empty lot that used to be a parking space for tricycle drivers and dumpsite for unused carton boxes,was transformed into an Olympic-standard skate park adorned with colorful graffiti and wall arts symbolizing the city's diverse culture.

Admission is free but the "no-helmet, no-skate" policy is strictly implemented. Children 12 years old and below must be accompanied by an adult.

The action-pack leisure spot is tucked in a seven-hectare lot inside DHRR that is located in Brgy. Tacunan, Tugbok District.

Riders can bask on nature's glory as scenic Mt. Talomo serves as a backdrop of the world-class cable facility, the first of its kind in the Visayas and Mindanao. Luscious green trees also surround the watersports park.

DecaWake Park Davao has become a premier tourist destination in this most livable city having catered to domestic tourists and foreign guests in different parts of the world.

Wakeboarders and wakeskaters from Russia, Canada, Denmark, Australia and Asian nations have tested their mettle in the facility that has also hosted numerous local, national and open tournaments since it went fully operational in 2010.

DecaWake, being a perfect getaway for the adventurous, has been featured in Sports Unlimited of Dyan Castillejo and Weekend Getaway program of Drew Arellano.

The Olympic-sized rubberized track oval was inaugurated in November 2017.

The Olympic and world-class track and field facility with a Spurtan rubberized track surface is the first of its kind in Davao City.