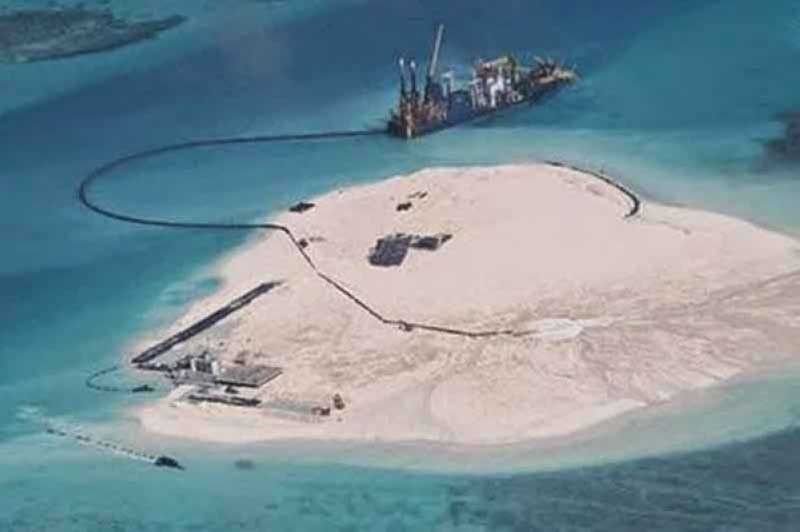 CHINA is "in possession" of the hotly-contested South China Sea because of its military presence in the busy waterway, Malacañang maintained Tuesday, July 23.

Presidential Spokesperson Salvador Panelo made the remark to support President Rodrigo Duterte's claim during his fourth State of the Nation Address on Monday that China is "in possession and claiming all the resources [in the disputed waters] as an owner."

(But when you are in possession, do you need to possess just a portion of it? If you have military installations there, you can prove that you can guard your claimed areas there. In other words, they are in possession.)

"'Di naman kailangan na physically, like you have 10,000 hectares. Do you need to be all over the 10,000 hectares to call it your own? There is such thing as legal possession, 'yun. As far as they are concerned sa kanila yun. They are in possession kasi they can enforce it eh. 'Yun ang punto," he added.

(It doesn't need that you have to own the entire 10,000 hectares to call it your own. There is such a thing as legal possession. As far as they are concerned, they own it. They are in possession because they can enforce it. That's the point.)

During his fourth Sona on Monday, July 22, Duterte insisted that he could not drive away China from the disputed waters because it was already in possession of the South China Sea.

The President added that he could not confront China over its continuing activities in the contested waters because it will only sow tension between Beijing and Manila.

He, however, reassured that he would invoke "in due time" the Philippines's historic legal win before the Hague-based Permanent Court of Arbitration against China's sweeping claims to the South China Sea.

Carpio lectured Duterte when he noted that China occupies only the seven artificial islands in the Kalayaan Island Group (Spratly Islands), Panatag (Scarborough) Shoal, and Sandy Cay, which covers just less than 10 percent of the entire South China Sea.

But for Panelo, other sea claimants no longer need to defend their territorial rights over the disputed waters, if China is indeed not in possession of the busy waterway.