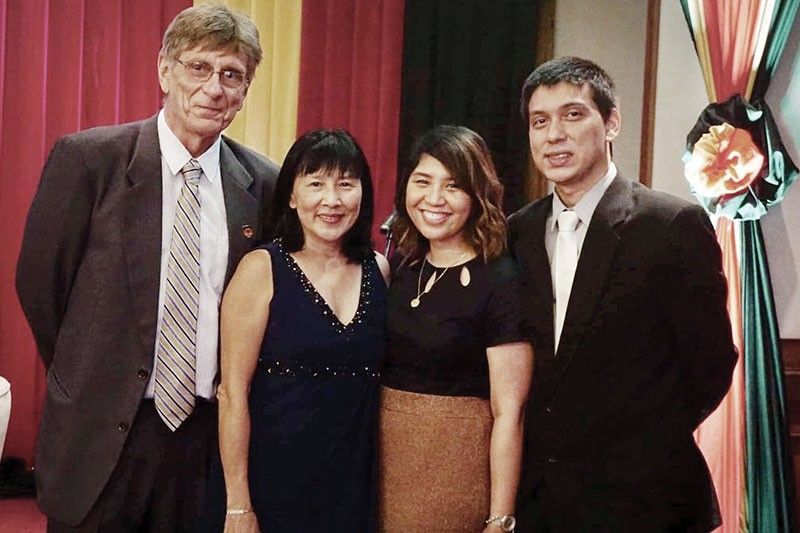 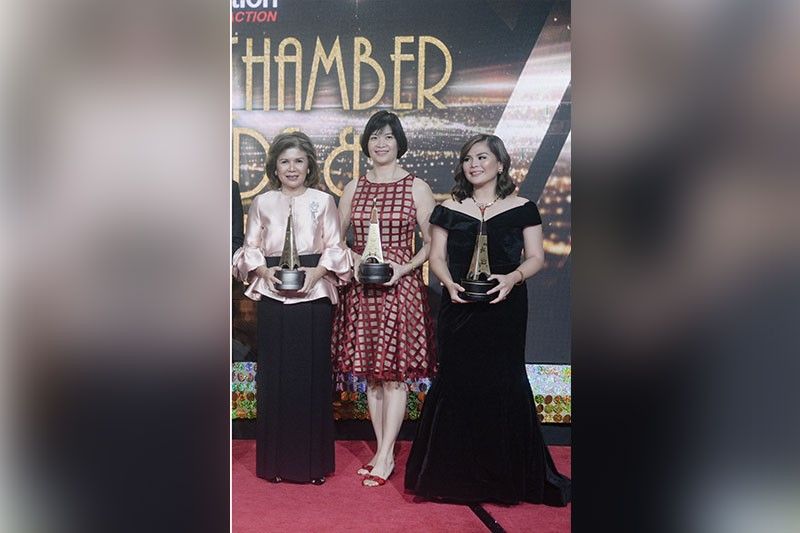 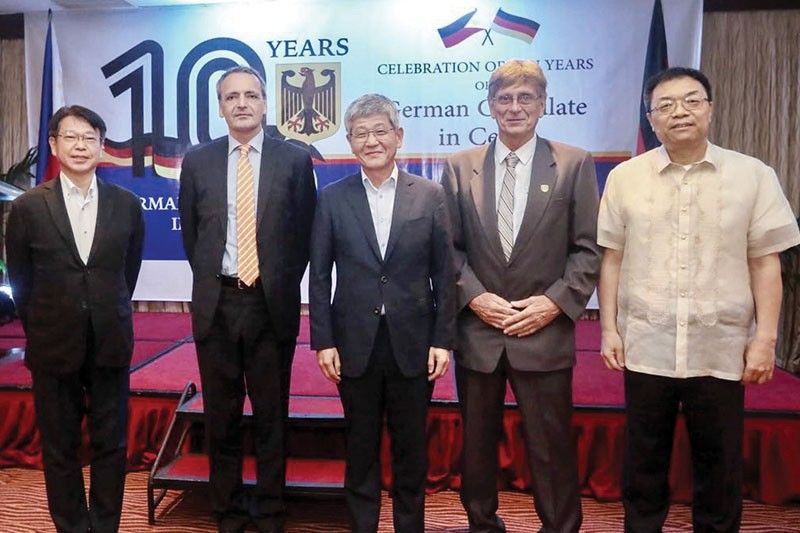 A DECADE of fruitful presence in our Queen City calls for a celebration, hence, the Ambassador of the Federal Republic of Germany to the Philippines, Dr. Gordon Kricke, came to town to host a reception to mark the 10 years of existence of the German Honorary Consulate in Cebu. It was a red-letter affair at the Manila Room of Marco Polo Plaza Cebu.

Since its establishment in 2009, the consulate office has been under the stewardship of Dr. Franz Seidenschwarz, a dedicated botanist who is a graduate of the University of Munich. He has led the University of San Carlos Botany Research Group and has authored various studies including “Plant World of the Philippines - An Illustrated Dictionary of Visayan Plants.”

In his brief remarks, Ambassaddor Gordon Kricke lauded the accomplished Consul Franz Seidenschwarz for his outstanding performance as honorary consul. He also mentioned the warm friendship between our two countries and the continued increase of the investments of German companies in the Philippines.

Present at the reception were members of Cebu’s diplomatic corps as well as businessmen, civic leaders and German nationals.

The Cebu Business Month of the Cebu Chamber of Commerce and Industry ended with a big bang at the Marco Polo Plaza as the Grand Chamber Awards Night unfolded. It was a red-letter occasion with business/civic leaders given recognition.

Hailed as the “Entrepreneur of the Year” was Steve Benitez, founder of the Bo’s Coffee chain. Given the “Grand Chamber Award of Distinction” was Efren Uy, president and chief executive officer of F2 Logistics Philippines Inc. Cited as the “Socially Responsible Entrepreneur of the Year” was Mariquita Salimbangon Yeung of the MSY Charitable Foundation.

Saturday, July 27, is a red-letter day for the alumnae of St. Theresa’s College (STC). It is homecoming day and and the day for the jubilarian honorees to take centerstage at the STC auditorium for the program in their honor. Activities start at 1 p.m. when the jubilarians will have their class photos taken. Mass follows at 3 p.m. There is a short break before the program rolls off at at 5 p.m.

As the song goes, “Come Theresians and acclaim, St. Theresa’s glorious name.” Let’s go down memory lane along the “old familiar halls” and reminisce the good old days of our youth.