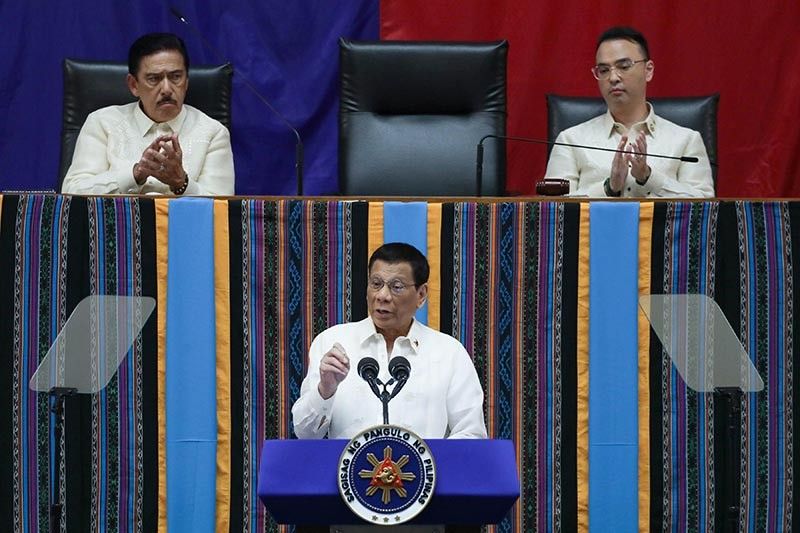 DABAWENYOS are mixed on President Rodrigo Duterte's speech during his fourth State of the Nation Address (Sona) last Monday, July 22.

The president's speech, which lasted for 93 minutes, saw some Dabawenyos being satisfied, while others said he missed some keypoints on certain issues.

He said he is in favor of the President's call for the revival of the Death Penalty bill for drug offenders.

"But of course due process must be followed," the second district councilor told reporters during the 19th City Council regular session yesterday.

Councilor Mary Joselle Villafuerte said Duterte's emphasis on his plans in the health sector is one of the striking part on his speech.

Villafuerte, who chairs the committee on health, said the Universal Health Care (UHC) Law is one of the greatest achievements of the Duterte administration.

Under the UHC Law, all Filipinos will be automatic member of PhilHealth.

"The President is really determined that all Filipinos will be enrolled (in PhilHealth)," she said.

Duterte, in his speech, called on Congress to pass a new Salary Standardization Law (SSL) that will raise the pay of government workers, including public school teachers.

However, the President said the salary increase is 'a little bit bigger than before", but he said "it will tide you over during these hard times".

Department of Education (Deped) spokesperson Jenielito Atillo said although he understands that the raise would still undergo a longer process, he said the President's recent pronouncement shows he is true to his promise.

"We are happy that we heard it again. It only signifies that the President is serious about the intention to raise the salaries of teachers," Atillo said.

However, Alliance of Concerned Teachers (ACT), in an official statement, said they are not satisfied with Duterte's promise of increasing the teacher's salaries.

"'A little bit bigger' is not what he promised us. Hence, we pledge to remain steadfast in our demand for a substantial salary increase because we deserve a lot more than what this administration is offering us, and we shall not cease until we get what is rightfully ours. [sic]," ACT said.

“Kulang gyud, wala natumbok ang krisis na na-experience sa mga Pinoy (It is lacking. He did not pin-point any crisis experience of the Filipinos)," he said.

Johainie C. Amer, 19, who watched the live viewing of the Sona at the Rizal Park, said that although she was satisfied with Duterte's "frank" thoughts on the country's issue, she said the President failed to address the issue on investment schemes he ordered to shutdown.

“But he didn’t mention about the issues in Kapa (Kapa Community Ministry International), which was the talk of the country. Then he shut it down for no reason. Many people rallied. Dedicate a vigil prayer, just for that organization not be closed,” Johaine said.

Duterte, previously, ordered the closure of Kapa's operation due to its illegal operation.

Police officer Jeric Miranya, 31, who was assigned during the viewing event, said the President had fulfilled his promise to lecture the Filipinos on the issue of the West Philippine Sea.