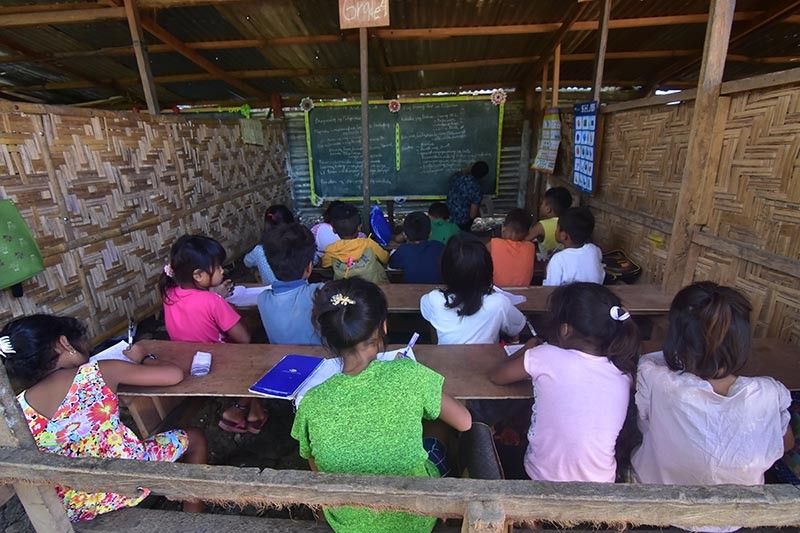 THE mayor of Talaingod, Davao del Norte has suspended classes in six schools after receiving reports of a possible "pangayao" or vendetta killing following Department of Education's (DepEd) issuance of a suspension order to Salugpongan Ta’tanu Igkanugon Community (Salugpungan) school and those included in its network.

According to an article published by the Philippine News Agency (PNA), pangayao has been defined as a ritual performed by a warrior chief prior to waging a prestige killing.

DepEd Davao spokesperson Jenielito Atillo, on Tuesday, said they received a report from Deped Talaingod District supervisor Justriano Cubar wherein a text message has been circulating that a group of people will launch a pangayao to some Deped teachers and other personnel due to the issue of Salugpongan.

"May nahibal an nako nga pipila ka lumad nga nagplano nga pangayawon ang mga titsir sa dep_ed tungod sa pagpasira sa mga eskoylahan sa salugpongan. basin may mga higala niniyo nga titsir sa Dep_ed sa atong lungsod sa talaingod pahibal a ninyo para dili pod mo mamahayan. [sic] (We have learned that some Lumads are planning to do a pangayawon (pangayao) to some DepEd teachers because of the 'closure' of some Salugpongan schools. If you have any relatives or friends working as DepEd teachers in Talaingod, notify them so they would be aware)," according to the text message Atillo forwarded to SunStar Davao.

However, Atillo said they are still validating the text message, and the group behind it.

"Buot ipaklaro sa DepEd Region 11 na (DepEd 11 would like to clarify that) we do not know for sure if this text message is true. We don't even know if the people behind this are telling the truth or just sowing fear, or gusto lang maghimog kabalaka ug dautun kining development tali sa DepEd and sa Salugpungan (or they would just want to interfere or malign with the developments between DepEd and Salugpungan)," he told Sunstar Davao on Tuesday.

Atillo said the text messages circulated last weekend, days before DepEd's deadline to Salugpungan to submit their reply to the suspension order issued to them last July 10.

Although Atillo said they are still confirming the report, he said DepEd lauded Libayao's move, which was a precautionary move to avoid any possible casualties.

"We are not in the position (to determine) if this is true or not. What is important to us is that our teachers and learners are safe and protected," he said.

Atillo called on the police to address the situation immediately for it would affect the whole school community.

Meanwhile, Armed Forces of the Philippines (AFP) representatives led by 56th Infantry Battalion public information officer Captain John Louie Dema-ala met with the mayor, DepEd personnel, and tribal leaders of the area to discuss the “pangayao” threat in the area.

Dema-ala, in an official statement, said the text message has no basis, according to his intelligence operatives.

Libayao, during the meeting, raised concern on the safety of the teachers and to make sure they will be able to do their duties well.

Tribal leader Datu Bubunan, meanwhile, denied the possibility of Pangayao and has been confirmed negative by the other tribal leaders present during the meeting.

Police Captain Rogaciano Rosales Gara, Chief of Police of Talaingod, Davao del Norte, said in an interview with SunStar Davao yesterday that the incident started when the principal of Sto. Niño Elementary School received a text message warning of a Pangayao.

The principal forwarded it to their office to have it validated.

But because of the incident, teachers did not proceed to their classes on Monday and Tuesday, fearing the possible attack.

He clarified that the mayor did not declare a class suspension for the whole municipality. Suspension was only declared for six schools.

He said that upon learning of the incident, they called the tribal leaders of different sitios in Talaingod but the leaders denied a possible eruption of Pangayao in their respective area.

They convened with the Deped teachers, local government units represented by Talaingod Mayor Jonnie Libayao, and the 56th Infantry Battalion (IB) yesterday to discuss the matter and laid out a security plan to prevent such threat.

DepEd teachers assigned in far-flung areas likewise assured during their meeting that they will conduct classes today, July 24.