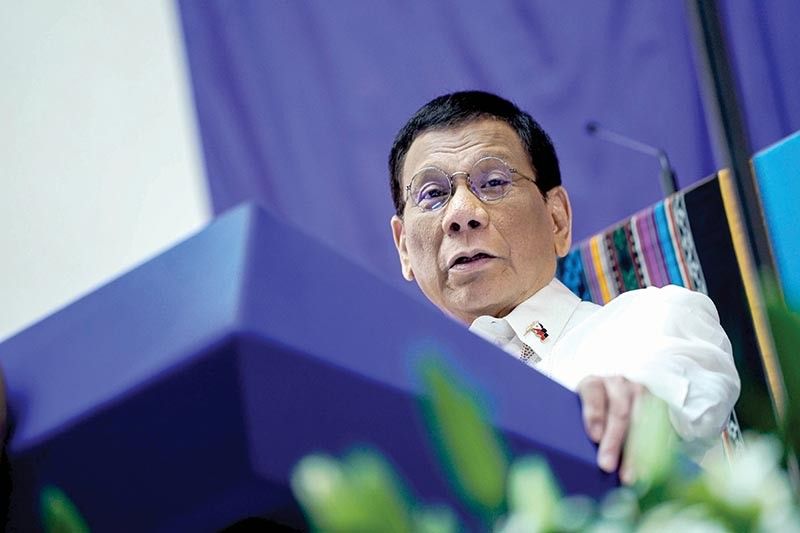 MANILA. President Rodrigo Roa Duterte, for the first time mentions sports, as he delivers his 4th State of the Nation Address at the House of Representatives in Quezon City on July 22, 2019. (Presidential Photo)

SPORTS stakeholders lauded President Rodrigo Duterte’s declaration of support to the establishment of a National Academy of Sports for High School during his state of the nation address (Sona) at the Batasang Pambansa Monday, July 22.

Duterte said, “For our national sports development, I support the proposed measure to create the National Academy of Sports for High School students.”

“There might be bigger priorities but President Duterte has always given sports his support,“ he said, citing the commander-in-chief’s perfect attendance of the President in Palarong Pambansa since he assumed office.

The academy, according to him, will elevate the sporting knowledge of every Filipino and hopefully provide a deeper pool of talents for the elite.

It can be recalled that the President also signed Republic Act 11214 or “the Philippine Sports Training Center Act,” establishing a state-of-the-art sports training facility in the country that will rise in Rosales, Pangasinan in 2022.

PSC Commissioner Ramon Fernandez, for his part, also expressed his elation on his Facebook post, saying, “Thank you, Mayor PRRD! Finally sports development was mentioned in the Sona, another first!”

PSC national grassroots consultant and physical education (PE) expert Henry Daut that the creation of a sports academy supports his signing into law the creation of the Philippine National Sports Training Center under the PSC.

“Pres. Duterte’s declaration is a testament to his strong support to sports in the country and a legacy that will benefit the youth of our country. It ushers a new dawn for the future of Philippine sports and a shot in the arm in tne continuing pursuit for sports development. It is a long overdue intervention for talent identification and development that will pave the way in developing highly skilled and globally competitive athletes and coaches,” Daut said.

PSC Commissioner Celia Kiram, for her part, also noted the mention of sports for the first time in the President’s Sona. “With this, ang sports ay magpapatunay na kabahagi siya ng economic at social development ng isang bansa,” she said.