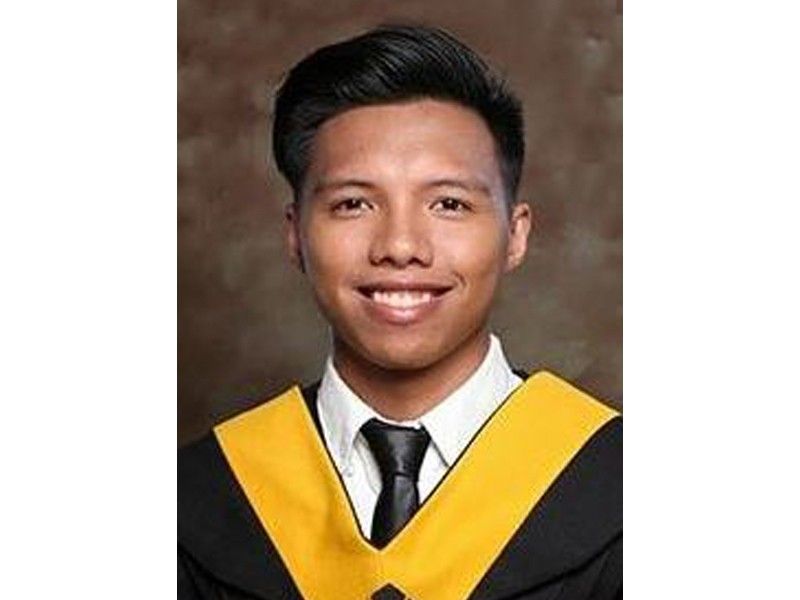 This means Lozano is qualified for the grand TOSP, joining other top 10 regional finalists from other provinces in the country.

Lozano was earlier included among the 20 finalists screened from various colleges and universities in Central Luzon. He graduated with a degree of Bachelor of Science in Biology.

The DHVSU university paper reported that Lozano "finished his bachelor's degree in the university with distinction. He was also bestowed the Leadership Award and Journalist of the Year Award for his exemplary service as president of the College of Arts and Sciences Student Council and as editor-in-chief of The Industrialist, respectively."

TOSP is an awards program seeking young role models of the country who have personified academic excellence, exemplary leadership and deep sense of social responsibility, all anchored on good moral values.