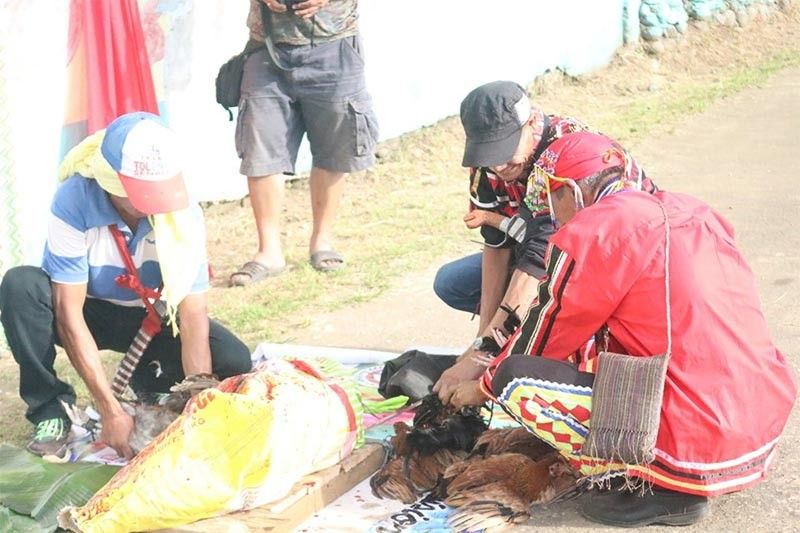 CAGAYAN DE ORO. Just a glimpse of the Higaonons' ritual during the recent celebration of the 40th Kaliga Festival in Gingoog City. (Supplied Photo)

JOYOUS and colorful Kaliga Festival has shaped the booming city of Gingoog, as it celebrated anew its 59th charter day on July 23.

Thousands of spectators flocked to the “City of Good Luck and Waterfalls” to witness the street dancing competition participated by the different schools in the city and from the neighboring towns of Medina and Magsaysay.

He also said the festival is celebrated annually to preserve the culture and traditions of the Higaonon tribe.

The eight groups were screened and were champions in their respective areas to qualify for this year’s Kaliga Street Dancing.

The groups were adjudged for choreography, execution, instrumentation and musicality, costumes and props as well as overall impact.

At least eleven judges have been called to select thoroughly the best performers for this year.

Declared as this year's grand champion for the Kaliga Festival was Magsaysay College, followed by Gingoog Christian College and LGU Medina.

Aside from the street dancing, there was also a ground cultural presentation of different dances and characters, including rituals of Inamo, Kaba-kaba, Baki, and Binaog character which were performed by the eight contingents.

Apart from the competitions, various booths which feature the products of the Higaonons’ of the city, such as fruits, vegetables and the "one town, one product" of the town as well as local delicacies and agri-products of the city were installed at the Rizal Park, Gingoog City.

However, he vowed to allocate more budget for Kaliga Festival in the succeeding years and make the festivity a tourist attraction to further promote tourism industry of Gingoog.