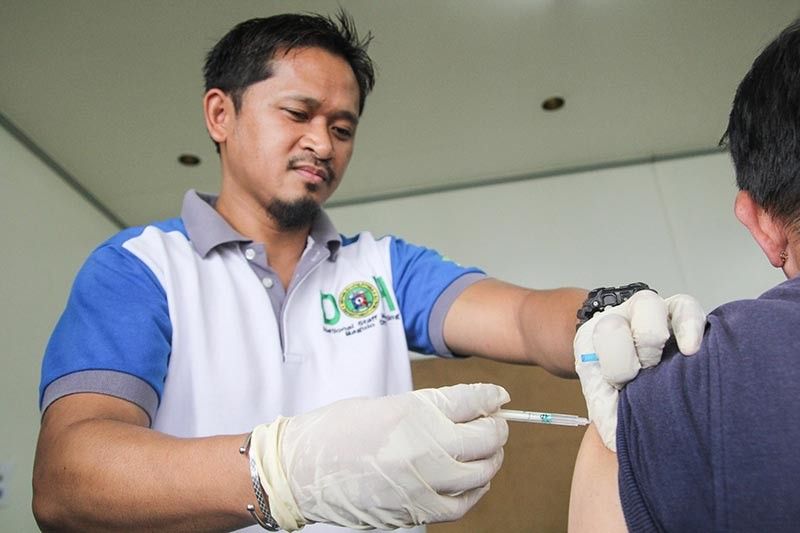 FOLLOWING the nationwide dengue alert by the Department of Health (DOH) last week, DOH-Cordillera Administrative Region (CAR) recorded six deaths from the 3,257 recorded suspected cases in the region for the first half of 2019.

In the weekly Kapihan sa Baguio, DOH-CHD Cordillera medical officer IV Dra. Jeniffer Joyce Pira said they are expecting possible increase in the number of dengue cases due to the rainy season

“This will still increase because basing on a five-year trend on how we look at, and every three to four years, it increases and we are now in the third year. So this 3,000 plus cases can still increase especially now that it’s rainy season, we will expect more of this to be reported basing on the five year case study,” Pira explained.

In its latest Disease Surveillance Report from January 1 to July 13, the report indicated a 31-percent increase from the same period in 2018 with 2,494 dengue cases with four deaths.

During the meeting of the Cordillera Disaster Risk Reduction Management Council on Monday, July 22, DOH-CAR entomologist Alexander Baday said that from January 1 to July 13, Baguio recorded downtrend in the incidence of dengue which they attributed to the residents’ adhering to the “search and destroy” of possible mosquito breeding sites.

DOH-CAR data shows that during the period, there are 210 cases with one death recorded in the city, or a 15-percent decrease compared to the same period in 2018 where 246 cases were reported.

It also noted that Kalinga province recorded a 43-percent decrease in cases with 289 dengue cases from January 1 to July 13 compared to the 509 cases in the same period last year.

DOH continues to remind the public to practice the 4S strategy to prevent dengue which consists of Search and destroy mosquito breeding places, Self-protective measures like wearing long sleeves and use of insect repellent, Seek early consultation on the first signs and symptoms of the disease and Say yes to fogging if there is an impending outbreak.

DOH is also continuously monitoring measles in the region recording 937 suspect cases with four deaths since January 1 this year to July 13 compared to the 82 cases recorded last year having a 1,043 percent increase.

“Our measles cases increased because our reporting sites have been more active, so any kind of symptom or syndrome that would fit in under the case of measles are immediately being reported which are suspect cases because it is not confirmed. For the death cases, this fall under the unvaccinated portion of our population,” Dra. Pira added. (With a report from PNA)