Villamor: Charting his own path 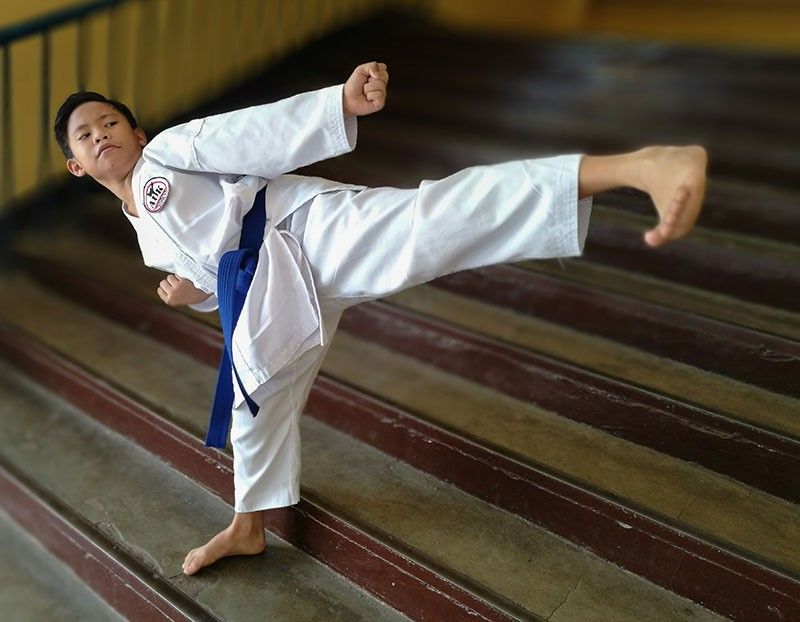 HIS WAY. AJ Ala Villamor picked up boxing as a child, thanks to his famous father, but was prodded by his mother to try karate. (SunStar Photo/Arni Aclao)

AFTER dabbling in boxing because of his famous father, AJ Ala Villamor is charting his own path in a sport of his choice—karate. That’s despite some disadvantages along the way.

“I admit karate is so expensive, I don’t even have a shin guard,” Villamor admitted.

Villamor said his equipment for karate is not complete, yet for him this is not a reason for him to stop engaging in the sport.

Before he got into karate, Villamor first tried boxing as he was inspired by his father, Edito Villamor, who was the face of Cebu boxing in the early 1990s and retired with a 29-2-1 record.

Villamor was six years old when his father started training him. However, at that age, there weren’t any amateur fights for him, unlike in karate.

He was nine years old when he started karate, thanks to the egging of his mother Ginna.

It was a Sunday morning when they passed by Insular Square in Mandaue City and they saw children training in karate. His mother then brought him there, and right there and then, his career in karate started. He then joined karate events and even won his very first fight.

A year later, when he was at his peak as a karate practitioner he stopped. Since it is an expensive sport, Villamor said he had to stop because it became one of the challenges for his family financially.

In the two years that he stopped practicing karate, Villamor joined other sports like basketball, football and badminton. However, he also got addicted to playing computer games, which worried his mother.

There was even one time his mother caught him playing “taksi” with neighborhood friends. At that time, AJ said his mother asked him if he wanted to go back to karate. He did and it was sweeter for him the second time around.

He joined the Batang Pinoy and Karate Pilipinas in his comeback and for the 12-year-old, winning the gold medal in Karate Pilipinas was his biggest achievement since it got him closer to his dream of being in the national team.

Aside from sports, Villamor is also dedicated to his academics and made it to the top of his class in fifth grade. Now that he is already in sixth grade, Villamor is eyeing to graduate as valedictorian.

The young practitioner knows he needs to be as serious with his studies as with his sports because he wants to be a doctor when he grows up, just like his brother who is now a surgeon.

But for now, it’s in the fighting mat that he is concentrating as the blue-belter will be competing internationally on Aug. 14 to 18, 2019 in Malaysia in the Shureido Cup Karate.

He said he has been training hard so he can have a good performance in the international competition, just like how he is practicing so he can be part of the national team.

In an age when playing mobile games is the norm, Villamor encourages children to take up sports as it could teach them discipline.