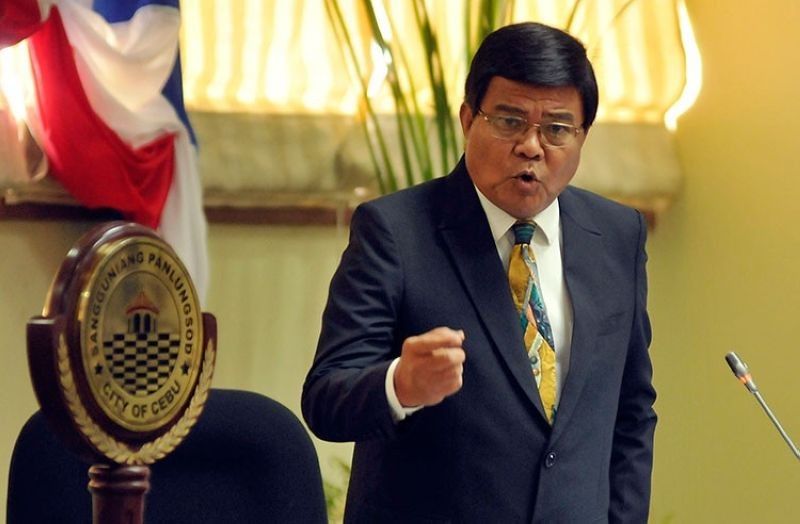 EVEN if majority of the barangay captains are not his allies, Cebu City Mayor Edgardo Labella is in favor of moving the barangay and Sangguniang Kabataan (SK) elections to October 2022.

While the postponement would mean a two-year extension of the incumbent barangay and SK officials’ term, Labella warned the non-performing and corrupt village chiefs that their term could be cut short.

“Anyway, to those officials in the barangays who will misbehave, we have our own rules and laws that will apply,” the mayor said. At present, only 31 of the city’s 80 barangay captains are allied with Labella.

In his State of the Nation Address (Sona) on Monday, July 22, President Rodrigo Duterte called on Congress to move the barangay and SK elections to October 2022 instead of May 2020.

Duterte said postponing the polls will address “truncated” terms of the incumbent barangay officials and give them ample time to implement their programs and projects.

Labella said postponing the elections is a sound move since the government just recently spent billions for the 2019 midterm elections.

For his part, Kasambagan Barangay Captain Franklyn Ong, the president of the Association of Barangay Councils (ABC), welcomed the President’s pronouncement as it would allow barangay officials to focus on their projects and programs without the distraction of preparing for another election.

“The President is someone who is very familiar with how things are at the barangay level since he served as a local chief executive for quite some time. At present, a two-year term is definitely too short and is not enough time for the barangay officials to provide any significant programs and projects. The move to extend is reasonable,” he said.

Martinez also expressed support for the President’s call to enact the Magna Carta for Barangays, which aims to declare barangay officials as regular government officials to improve their delivery of services.

Meanwhile, Provincial Election Officer Ferdinand Gujilde said the Commission on Elections (Comelec) will continue preparing for the May 2020 barangay and SK elections until Congress passes a law postponing it.

“Preparations will continue on the part of the Comelec despite the pronouncement of the President. It remains uncertain whether they will postpone it or not since it is an act of Congress. Although, if the President requested them, it will certainly have a persuasive effect, especially since the supermajority of the Congress, as how they call it, is in favor of the President,” Gujilde said.

The barangay and youth elections had been postponed twice.

Section 1 of RA 10952 provides that subsequent synchronized barangay and SK elections shall be held on the second Monday of May 2020 and every three years thereafter.

The proposed measure is an offshoot of the calls from members of the Liga ng mga Barangay to be granted “a fixed term that will give them enough time to implement and promote long-term programs and advocacies without interruption and political interference.”

“Chances are, they may reset it. However, the Comelec, unless there is an amendatory law that says they will reset it, we will continue with our preparations like it will push through on May 2020. By Aug. 1, we will start with our voter registration,” Gujilde said. (RTF/from PAC of SuperBalita Cebu/LRC)