US warship sails through Taiwan strait amid China tensions 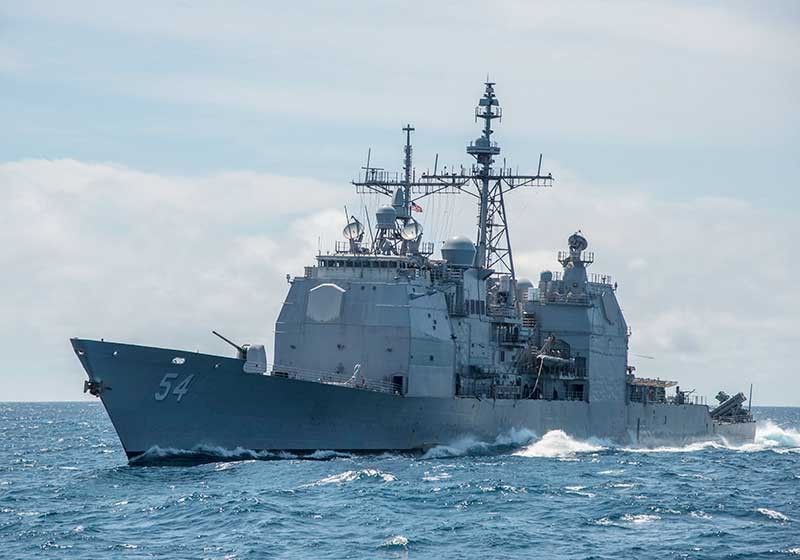 This March 6, 2016, photo provided by the US Navy, shows the Ticonderoga-class guided-missile cruiser USS Antietam (CG 54) sails in the South China Sea. (US Navy via AP)

TAIPEI, Taiwan -- Taiwan said Thursday the US Navy is free to sail through its strait after an American warship did so shortly following warnings from Beijing against foreign interference in its relationship with the island.

The USS Antietam sailed northward through the Taiwan Strait, said a statement from Taiwan's Defense Ministry. Taiwan's joint intelligence, surveillance and reconnaissance task force was monitoring surrounding waters from start to finish and nothing "unusual" took place, the statement said.

Cmdr. Clay Doss, a spokesman for the US Navy's 7th Fleet, said the Antietam conducted a routine Taiwan Strait transit Wednesday to Thursday "in accordance with international law." The Antietam is a guided missile cruiser.

The transit "demonstrates the US commitment to a free and open Indo-Pacific," Doss said. "The US Navy will continue to fly, sail and operate anywhere international law allows."

China on Wednesday warned in a national defense white paper that it could use force against anyone who intervenes in its efforts to reunify Taiwan. The ruling Communist Party considers Taiwan part of China, though the democratically governed island split from the mainland amid civil war in 1949.

"If anyone dares to separate Taiwan from China, the Chinese army will certainly fight, resolutely defending the country's sovereign unity and territorial integrity," Defense Ministry spokesman Wu Qian said Wednesday during a briefing on the white paper.

The US has repeatedly raised Beijing's ire by selling arms to Taiwan. While the US does not have formal diplomatic ties with the island, US law requires that it provide Taiwan with sufficient defense equipment and services for self-defense. (AP)